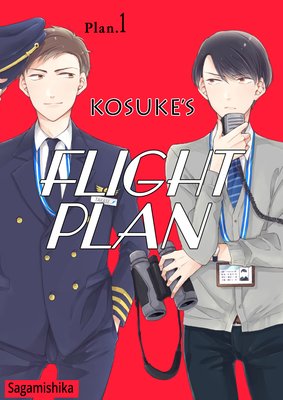 Kosuke is distressed by his failed love life. Working as a flight dispatcher, every day is hectic, causing the relationships with his boyfriends to turn sour. His pilot friend and work colleague, Ayumu, is a shoulder to lean on, and is also the only one that knows of Kosuke's sexual orientation. One night, mistaking Ayumu for his boyfriend, Kosuke embraces his friend?someone he treasures dearly, but never intended to cross that line with! What will become of their relationship!?

What did you think of this comic? Help other users by tagging it!
Feel-good/Heartwarming (3) Consensual (3) Masterpiece (2) Beginner-friendly (1)
SHARE YOUR VIBES
Please note: You must be signed in to leave your Vibes.
Sign in
Go to Ch.1 Add to Wishlist

Kosuke mistakes his friend for his boyfriend and embraces him. He never intended to cross that line, but now their relationship is about to change.[36pages]
Pages: 36
Rent (48hrs) : $1.00 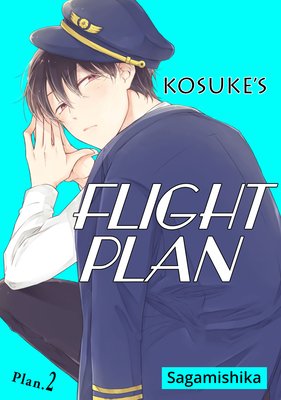 Kosuke is kicking himself for crossing a line he had sworn to never cross. He decides to try and forget it ever happened, but Ayumu has other ideas.[38pages]
Pages: 38
Rent (48hrs) : $1.00 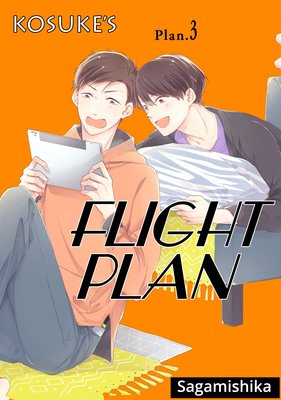 After a hectic day at the airport, Kosuke falls asleep during the taxi ride home and ends up staying over at Ayumu's place. He tries to sleep, but his imagination starts running wild...[36pages]
Pages: 36
Rent (48hrs) : $1.00 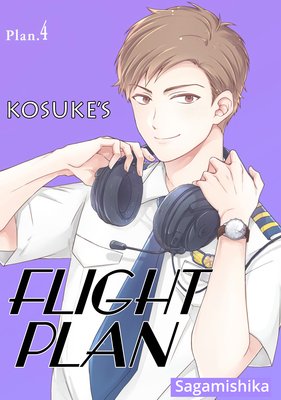 Even after Kosuke tells Ayumu their night together wasn't a mistake, he's still not sure how the other feels about him. He's determined to find out once and for all, but mishaps keep getting in the way.[38pages]
Pages: 38
Rent (48hrs) : $1.00 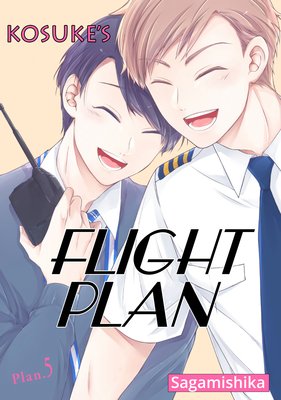 Ayumu and Kosuke finally get some alone time. Kosuke pounces, unable to hold himself back. Is there a happy ending waiting for the two men, joined by their mutual love for the sky...?[36pages]
Pages: 36
Rent (48hrs) : $1.00

fionav3
February 19, 2021 (JST)
7 Helpful
VIEW LESS
5 7 fionav3 This is gorgeous. Just finished the fourth issue and can't wait for the next. It's an incredibly sweet story between 2 nicely developed characters whom I'm really invested in. The story as a whole is simple but lovely and the art is gorgeous. I would love more manga like this. <3 24084 February 19, 2021
5 1 Oinut Well written, amazing characters, beautiful story. I have re-read this many times and will continue too; absolutely love it. 25112 April 25, 2021
5 1 vicwalker This one is so sweet! It's really interesting how their relationship works around since highschool till coworkers at a flying company, the two are well constructed by themselves and together, the drawing is beautiful, the smut didn't felt off place (and there is not that much). It's one of my favorites on Renta. 24334 March 08, 2021
5 1 Qyubey Very cute and wholesome. The main characters are wonderful together and have a sweet relationship. No real dramas to speak of, just two people realizing their love for one another. Big recommend! 24322 March 07, 2021
5 1 pyxlflip So perfectly sweet and cute! 24288 March 05, 2021
4 1 melissadelgadoocasio I like it. And I want to see how the story develop 23490 January 10, 2021
5 0 acedevorak I'll admit it, I cried. I cried at the end. They love each other and I'm so happy for them that I cried. That's it.No but really I teared up. This is really sweet and the art is cute. The exploration of how to show your emotions even though self-preservation clouds your mind, it's chef's kiss. The communication at the end? Beautiful. Overall a nice light and sweet read. 10/10! 27925 December 19, 2021
5 0 MariMiau25 I want more!! It was just so cute and wholesome and funny, I really liked it!! And the art was just amazing too!! I really hope to see more stories like this and I would love to have an extra or something, I could binge in another volume right now seriously xD 24331 March 08, 2021