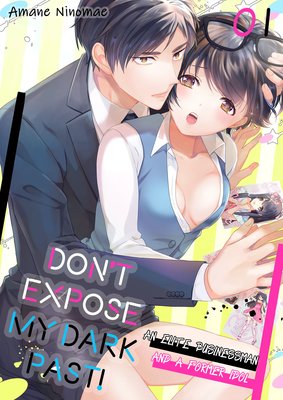 Don't Expose My Dark Past! -An Elite Businessman and a Former Idol- (Current ch. 11)

The story of a former idol (now an office worker), and a super elite businessman (with a potentially dark past). Miyu Tachibana is a former idol. Since her days of stardom, she has put on weight , cut her long, silky hair, and hidden herself behind a pair of black, thick-rimmed glasses. What's more, the screw manufacturer she now works for is struggling to stay in business. One day, Miyu encounters a new potential client representative by the name of Mr. Shiga. An elite businessman, Shiga seems calm and collected at first, but his angry stare and odd conduct seem to suggest there might be more to him. When another client representative discovers Miyu's former identity, he tries coercing her into the bedroom. His plans are dashed, however, when Shiga steps in to protect Miyu. But then, shortly after saving her, he pushes her down on the bed and says "If you can do it with a guy like that, then surely you can do it with me!" Could it be that Shiga has a hidden past of his own...!? 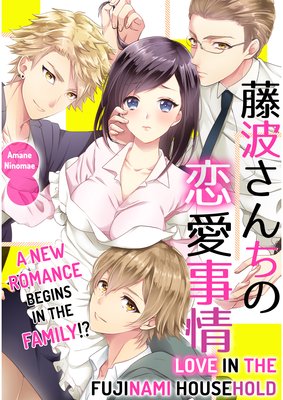 Love in the Fujinami Household -A New Romance Begins in the Family!?- (Current ch. 8)

"I'll take responsibility." Is Saki's future husband already part of her family!? Saki, eldest sister of the Fujinami family, has never had a boyfriend. The cause? Her three brothers: Shinobu (oldest), Takaomi (older), and Mitsuki (younger). They're her incredibly good-looking and overprotective step-siblings. Saki's well into adulthood... and she wants a boyfriend! As luck would have it, she just got invited to a company mixer! But despite her attempts to shake off her brothers, they still stop her from going. "How dare you stop me from finding my future husband!" Saki objects. The brotherly reply? "You'll find your future husband right here." A shocking development!! Thanks to Takaomi declaring his intention to marry Saki, a fight breaks out between siblings over who gets to be her husband!! As they embrace her, not as brothers, but as men, and lock her lips in deep, wet kisses... what if Saki falls in love with one of them!?