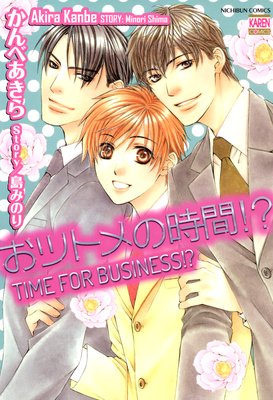 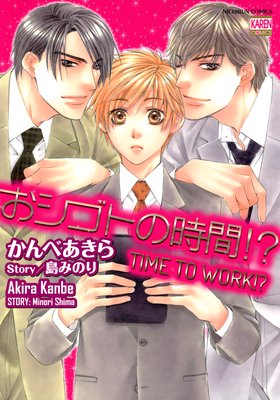 Two completely different company presidents. And it's up to me, Eita Kitayama, to find out which one would be the better heir for the Ichinomori Group... by spying on them! ...That was the plan. But after being subjected to sexual harassment and made to cross-dress, both of them start toying with me...! They say weird things to me... "Sensitive, aren't you?" (Ryouma) "I'll whip you into shape, just the way I like." (Kenshirou) Akira Kanbe and Minori Shima team up to deliver an office romance story where the protagonist gets more loving than he can handle.