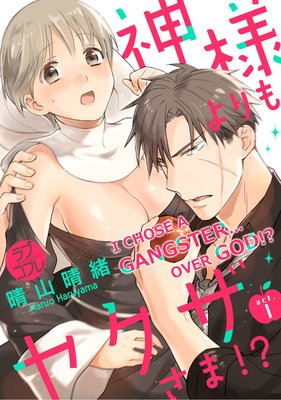 I Chose a Gangster Over God!?

When I call, you better bring me the goods!
Even the confession booth offers little protection from being violated by the wounded brute of a man...

Sister Shihoko aids in allowing some feuding gang members to take refuge in her church! The silent, scary-looking leader of the gang proceeds to ravish her body, yet she refuses to hate him...[44pages]
Rent (48hrs) : $
Buy (Permanent) : $2.50 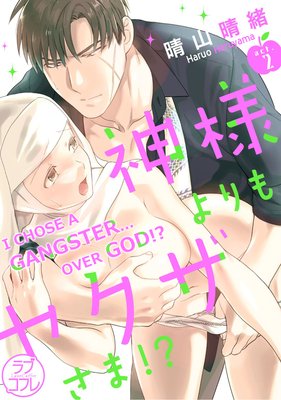 Kyoji continues to make demands on Shihoko, but her fellow sisters begin to notice something is up. How much longer can she keep her secret safe...?[36pages]
Rent (48hrs) : $
Buy (Permanent) : $2.50 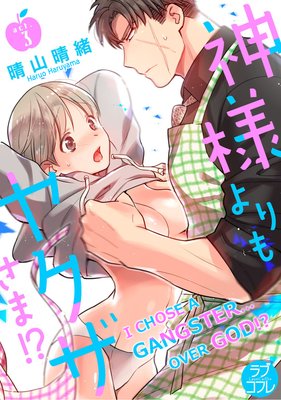 Desperate to learn how Kyoji really feels about her, Shihoko confronts him face-to-face. His rough exterior is hard to read, but could there be more to him than meets the eye...?[40pages]
Rent (48hrs) : $
Buy (Permanent) : $2.50 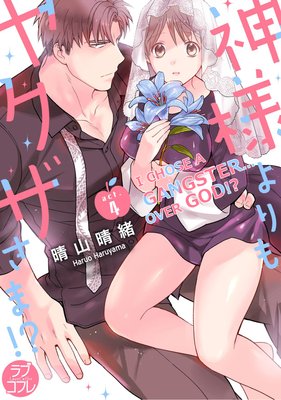 Shihoko's approach to Kyoji finally starts to bear fruit as the enigmatic gangster begins to show signs of opening up. The future of the two still remains uncertain, though...[28pages]
Rent (48hrs) : $
Buy (Permanent) : $2.00 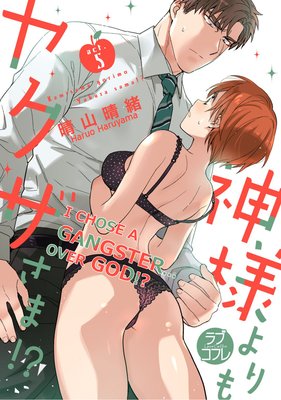 Shihoko finally makes progress in getting to know Kyoji, but when pressed about his marital status, his response sends her reeling in a way she never thought possible...[38pages]
Rent (48hrs) : $
Buy (Permanent) : $2.50 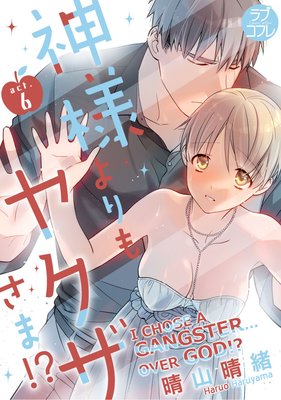 Tired of having her emotions played around with, Shihoko finally draws a line in the sand. Kyoji takes the opportunity to open up...[40pages]
Rent (48hrs) : $
Buy (Permanent) : $2.50 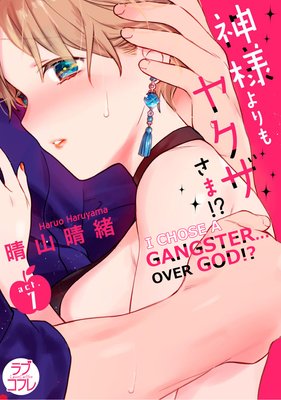 Kyoji is overwhelmed by feelings of regret. Unfortunately, an unexpected encounter in the park does little to assuage his concerns...[38pages]
Rent (48hrs) : $
Buy (Permanent) : $2.50 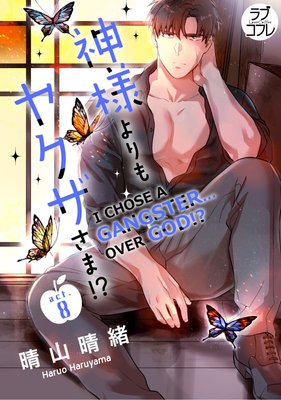 An impromptu meal out together gives Kyoji and Shihoko the perfect opportunity to confront their true feelings...[40pages]
Rent (48hrs) : $
Buy (Permanent) : $2.50 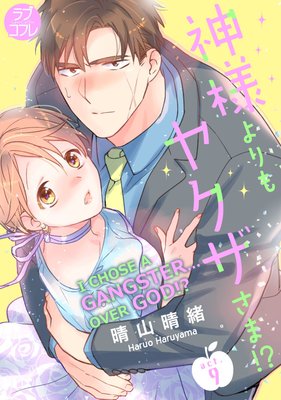 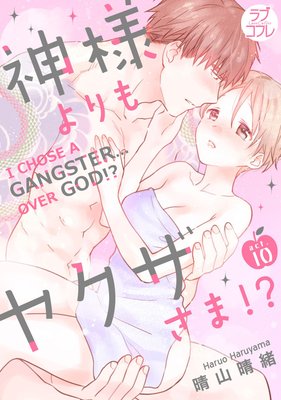 Shihoko and Kyoji spend a passionate night together. Will Shihoko's resolve remain intact, or will the pleasure be too much?[38pages]
Rent (48hrs) : $
Buy (Permanent) : $2.00 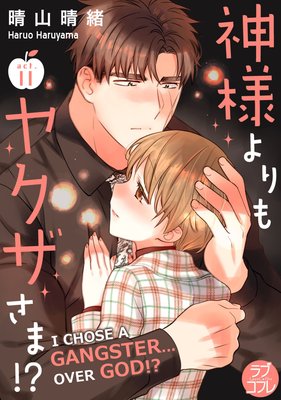 Shihoko and Kyoji return to the church after their night of passion. As the reality of returning to life as a nun begins to set in, Shihoko starts questioning her decision.[28pages]
Rent (48hrs) : $
Buy (Permanent) : $2.00

lightmelody23
47 Helpful
VIEW LESS
3 47 lightmelody23 This is non con fyi. Similar to the author's other work which had enma in it. Like what??? The story escalated so quickly over a piece of apple. It's not a one star because I like the art. Plus like the other story the female mc is actually someone interesting... but still like what?SpoilsThe dude tried to feed her an apple off the floor, she didn't drop it btw she just accidentally knocked someone else's piece out of their hand. Then proceeds to violate her cause she "disrespected" the apple. The things authors come up with these days. 13439
5 22 baekmari I was reading a lot of the reviews and I dont think people are giving this story a chance when they should! I've actually bought the raws from the Japanese rental site and am buying these again to read the translation and no spoilers, but the plot gets good! I think the first chapters right now are a little misleading for first time readers, but I promise it's a good read! There actually is character development and more of a back story between the characters, so give it a shot :) 13816
5 15 shiseiten This author knows what she likes and I'm here for it. Yes. If you don't like non-con then feel free to skip, but I'm invested in the characters (the mystery is already set from the first chapter) and the art is soft and really pleasing. Page 32 from vol 1?? Here for it. Looking forward to this continuing. Renta always takes a bit of time for releases but I'm hoping this one won't leave me hanging like a few of the series I've started on this site. 13885
3 10 Mrsmangame123 Not loving this one. Arts great. Lead girl is sooooo TSTL it hurts. The main gangster guy is the worst. No backstory at all, so I have no idea what his deal with apples is. I'm not sure about this one. 13428
5 8 Yahiko03 Wow, Can't wait for more chapters!! 13438
5 7 nonarygamed I really wanted to read this manga after seeing the artist on other sites! The plot goes fast and as others said in their reviews, there are non-con elements but I hope there are more chapters and we get more backstory on the LI! 13484
2 6 ebookrenta0iqj5ubyl Just read the first chapter. Usually I love non-con, but this felt a little too mean to be sexy :( 13853
1 6 Mangakalove That's a no for me. Never should it be okay to behave the way the lead guy acts. 13488
5 5 Lenita I don't about the others, but I really loved this one! the art is just flawless! I agree that things gone way too fast, but I do believe that there is something is coming out of this, we just need to be patient. 14096
3 3 Milia3691 It's a good story, however, I think people have a uneducated guess on Who God is and His will for them that love Him. God is love, He never tells us that we can't fall in love and have families. His word say "Be fruitful and multiple." So I don't like the title of this series. Because because a True child of God understands that God is not cruel and that we sometimes go through things that God allows for His purpose and that all things are working for our good, He's intentional, therefore, His children would never choose anyone over Him, because what God has join together in love no man can separate. 17881
5 3 Jjsmommy Love the art and i personally like the story. The fact that their "relationship" started all over an apple is kind of extreme but it keeps you hooked. Then when she kicked him! Not to mention the confession booth part! Definitely a must read! 16693
5 3 rwilliams Smutty and also pretty funny 13829
5 2 0821Fabe I need new chapters now pls 16689
5 2 lkingo15 It's great keep up the good work 16586
5 2 ebookrenta08b4m1t63 It's starts off a bit rough, but it really goes deep and I enjoy it's complexity. 16441
5 2 Sittinadzra08 Wow! I love this manga the art is pretty good the story is really something Haha! I dont care about the non con here i love how it begins. Can't wait for the next chapter deserved a 5 star 15920
5 1 jeja Best manga ever!!!!!! I'm so in love with the leader and the girl as will!!!!!!! I wish they have a happy ending. 19831
2 1 Foreversapphire Usually I like this genre but he was very cruel :( The art drew me in but the story was hard to read because he was so mean. 18456
5 1 ebookrenta0wbifnylw Moreee please 15930
1 1 Majala The barest minimum of a story and sex with a nun. Won-t be reading the second chapter 13528
5 0 MeowMeow13 Sooooo good! *-* 19658
5 0 cummingdown Something a little differentn I love it 18220
3 0 ebookrenta0wt285vq4 Pretty art but...I know sexualized nuns are nothing new, but this is a whole other level O.O 17015
4 0 Olyn A story about a nun and a gang member. It's interesting and tingling because what they had together is forbidden. I hope they end up together. 16333
3 0 Yvonne Nice artwork, simple story 16136