The Good Luck Story of an Unlucky Guy

Tori knows he's unlucky, and that's why he lives humbly and quietly without friends. The only things that make him happy are games, social media, and Hiro, his big brother-like childhood friend. Hiro told him about some forbidden "rituals" to turn your luck around, which led to a physical relationship between the two. Tori finds joy and comfort in these acts, but one day, Ryoma, a good-looking, happy-go-lucky guy, transfers into Tori's class. He's so different that he frustrates Tori, who decides to just ignore him, but Ryoma approaches Tori anyway. This is the story of a super unlucky guy and his lucky classmate in pursuit of their happily ever after!

What did you think of this comic? Help other users by tagging it!
Dub-con (2) Non-con (1) Taboo Relationship (1) Masterpiece (1)
SHARE YOUR VIBES
Please note: You must be signed in to leave your Vibes.
Sign in
Go to Ch.1 Add to Wishlist

The Good Luck Story of an Unlucky Guy (1)

Tori is unlucky. He's been trying a steamy ritual with his childhood friend to bring him some reprieve, no matter how brief. That is, until the new kid in school shows interest in him...[28pages]
Pages: 28
Rent (48hrs) : $
Buy : $2.00 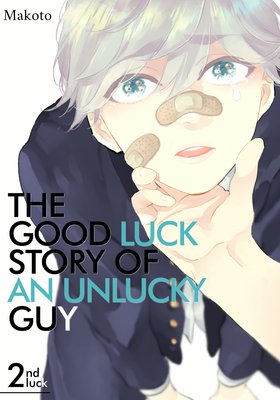 The Good Luck Story of an Unlucky Guy (2)

Despite Tori's reluctance, cheerful Ryoma seems interested in getting to know him. With a shared interest in online games, Tori gradually starts to break out of his shell. Will Ryoma be able to turn Tori's luck around?[28pages]
Pages: 28
Rent (48hrs) : $
Buy : $2.00 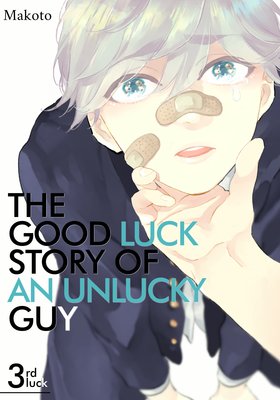 The Good Luck Story of an Unlucky Guy (3)

Tori starts studying after school with his new friend Ryoma. Convinced that the "rituals" he performs with Hiro for good luck are working wonders, he doesn't notice the tension in Hiro's demeanor. But jealousy can be dangerous...[32pages]
Pages: 32
Rent (48hrs) : $
Buy : $2.00 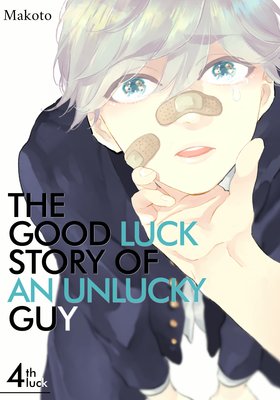 The Good Luck Story of an Unlucky Guy (4)

Hiro is shocked to learn his spell on Ryoma affected Tori instead. He tries again, but will it work...? Meanwhile, Tori tries to avoid Ryoma so as not to pass on his bad luck, but Ryoma believes he has enough good luck for the two of them![32pages]
Pages: 32
Rent (48hrs) : $
Buy : $2.00 The Good Luck Story of an Unlucky Guy (5) 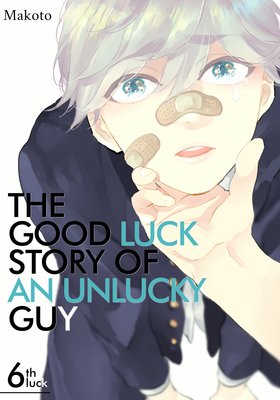 The Good Luck Story of an Unlucky Guy (6)

Apolomani
January 27, 2020 (JST)
8 Helpful
VIEW LESS
4 8 Apolomani A very cute idea!! I dislike how occasionally the art can be visually confusing and created slight difficulties when reading. Other than that I find the story fascinating and fantastical. Quite an interesting read, and I'm excited for more :) 15568 January 27, 2020
4 3 Lookihere The ending might be a bit rushed as I had wanted to see more with these two developing their relationship/dating but it was still a wonderful read I loved the two main characters! They were a delight to read and had made this universe/mystical set up even more interesting (what I mean is their relationship and dynamic was so good that I found that to be more interesting than the whole charm stuff that the childhood friend was doing) I highly recomend this story! 18899 May 18, 2020
5 1 mahikokatoru It's not as dark as I initially thought it would be... a light read. 17748 April 13, 2020
5 1 Laurier Really great and cute ! The art is pretty and you can't help but feel bad for Tori and his never-ending bad luck. Plus the story has great potential between Hiro whose motives don't look like they're genuine at all, Tori's cute innocence and this new friend full of good luck. I can't wait to see how the relationship between each character will develop and if good things will finally happen to Tori ! 16041 February 11, 2020
5 0 acedevorak Loved this so much!! It can support maybe some more development, but it's fun for me to do that myself in my head anyway! I love Ryouma and Tori's chemistry together, they balance each other put (haha) and bring out the best in one another. I love the art style so much and thoroughly enjoyed this experience. 17623 April 09, 2020
4 0 fuyuyume like the story altogether. But no matter how much Hiro tries I think his intention will always be Tori whether consciously or not. He may try to transfer to Ryoma but I think it will still get Tori. Any ritual performed is not only done by intention but desire as well, his desire has always been for Tori to be hurt so he (Hiro) would be needed. Spells/rituals thrive on intention and desire, Desire is ALWAYS stronger. 17115 March 22, 2020
4 0 yellowdoors what the fuck!! It was so good!!!! Why did it end on a cliff hanger!!??! 16355 February 22, 2020
5 0 michelle77754 Damn Hiro! 16321 February 21, 2020