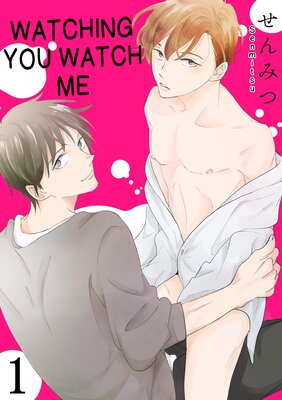 Watching You Watch Me

Experienced playboy Kawai discovers a new side of himself when he meets the sweet and na?ve Hachiya! This is a hot love story about a young man who sells clothes and a sales representative who only looks like a gentleman!
Kawai appears to be a competent and refined apparel sales rep who is popular with his colleagues. However, the truth is that he's a domineering playboy. Bored with the guy he met online, he takes him to his store in the middle of the night to spice things up. The change of location fails to excite him?until he realizes that Hachiya is watching them, and that he's completely turned on by it...! Hachiya's hungry gaze ignites something in Kawai that makes him climax hard. At first, Kawai isn't sure what to make of it, but every time Hachiya looks at him with those intense eyes, he can't help wanting more...!

What did you think of this comic? Help other users by tagging it!
Romantic (3) Light/Casual Read (3) Hot/Steamy (2) Masterpiece (1)
SHARE YOUR VIBES
Please note: You must be signed in to leave your Vibes.
Sign in
Go to Ch.1 Add to Wishlist 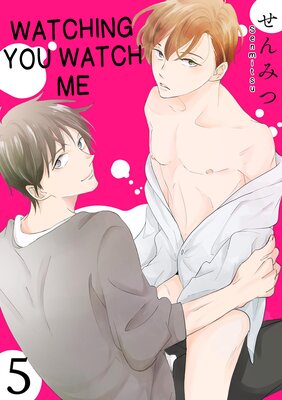 Watching You Watch Me (5)

Taurine comes by the store Hachiya works at and tells him the truth about the night he walked in on Hachiya and Kawai. Now that Hachiya knows it, there's no way he's going to let Kawai go.[28pages]
Pages: 28
Rent (48hrs) : $
Buy : $2.00 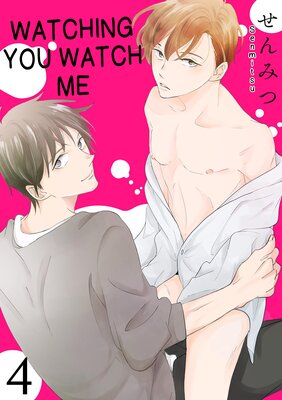 Watching You Watch Me (4)

Hachiya finally has Kawai to himself, but Taurine walks in on them. Hachiya doesn't want to share anymore, but it seems like Kawai isn't willing to go exclusive. Maybe it's time to break things off.[28pages]
Pages: 28
Rent (48hrs) : $
Buy : $2.00 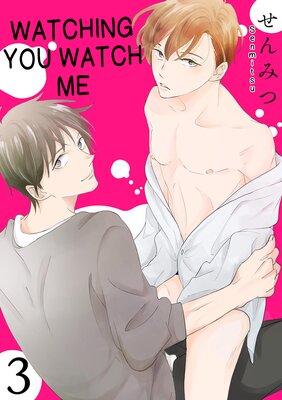 Watching You Watch Me (3)

Hachiya's honesty about his feelings makes Kawai confused. He doesn't know what to do, but tries to keep up a front. However, when he and Hachiya are alone, Kawai doesn't have control anymore.[28pages]
Pages: 28
Rent (48hrs) : $
Buy : $2.00 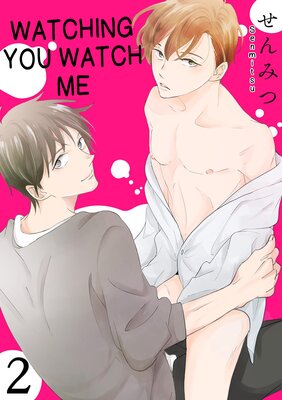 Watching You Watch Me (2)

Hachiya quietly watches Kawai and his hookup getting it on in the store's back room. Once it's over, Hachiya and Kawai go on a date where they get to know each other better.[28pages]
Pages: 28
Rent (48hrs) : $
Buy : $2.00

Watching You Watch Me (1)

Kawai tries to make his hookup exciting by doing it at the clothing shop he manages, but he soon realizes his excitement comes from Hachiya?the coworker that's watching them![28pages]
Pages: 28
Rent (48hrs) : $
Buy : $2.00

Mrsmangame123
November 11, 2021 (JST)
3 Helpful
VIEW LESS
5 3 Mrsmangame123 This was pretty dang good! The arts to my liking and the characters are definitely interesting to say the least lol!!! Kawai seems to have a past experience that still shakes him up and Hachiya is quite the voyeur. I wasn't sure what to expect from the description or if I'd care for these two to not be exclusive. But honestly if it works for them then it's working for me too!! Really interesting and fun and I really want to see how these two get closer:) 27529 November 11, 2021
5 1 aria This story was a fun read and ticked more than a few boxes. The characters were interesting and well-developed for such a short story (could I have read more? absolutely). The evolution of the relationship was hot and angsty enough to be interesting and ultimately very satisfying. 28087 January 02, 2022
5 1 Atlasy Ahhh it was so cute! And hot!! I really liked this story, the ending gave me fuzzies. I recommend it if you're looking for something with a good blend of sexy and cute. Hachiya cracked me up, definitely one of my new fave tops 28010 December 26, 2021
5 1 Taelor Wow! I honestly didn't think I would like this very much, but the description interested me too much and I had to check it out. I can't even put into words how much I like this manga. The characters are adorable and the story is very erotic. I can't wait to see where this story goes and how their relationship progresses. 27765 December 04, 2021