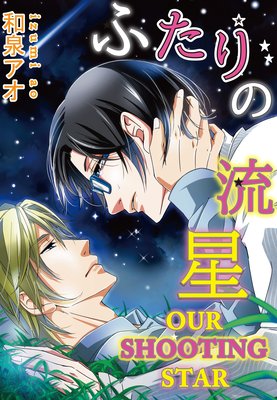 Yuta meets his first love again, only to have him say "I can't get along with him!" When Yuta was little, he was scared of the planetarium and began to cry, but Haruto cheered him up. He was a blond-haired, blue-eyed "star prince"...! Wanting to see Haruto again, Yuta studies the stars and revolves his life around them. Then, one day, he finally gets the chance to see Haruto again...! Instead of the kind, shimmering aura Yuta expects, he's met with a rude narcissist!! But, unable to discard years of admiration, Yuta finds Haruto sleeping in the projection hall and... A wholehearted youngster calms a temperamental man with a traumatic past. This is a story of pain and pure love! 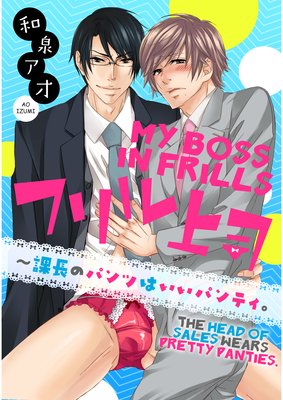 "If you're turned on by this, you must be a pervert, too." The one being blackmailed... is me!? Miyahara works in sales at a lingerie company. Every day, he's bullied by his perfect and flawless boss, Sakon. Miyahara wants to get back at his boss! There must be something he can use against him! He tries to find something on Sakon and ends up in the office's bathroom with him in the middle of the night. This could be the perfect chance. He takes a peek... but Sakon's dick is enormous! The man really has no flaws! Just when he's losing hope, he sees frills! He tears off Sakon's clothes to find him fashionably wearing women's lingerie... Miyahara believes he's finally found the thing to use against his boss! However, not only is Sakon not hiding his fetish, he's even showing it off more...!