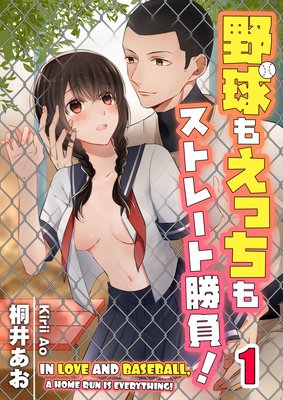 In Love and Baseball, a Home Run Is Everything!

Does her baseball boyfriend throw a good straight ball in bed too!? Their relationship's a secret, but he still manages to catch her by herself, and drive her to orgasm after orgasm...! Romance within the club is forbidden, so Sasaki and Nanako have to keep it hush-hush. They get it on everywhere while taking care not to let the cat out of the bag... Then, Sasaki moves in with Nanako after a fire in his dormitory! Sasaki's excited, but Nanako's dad, the team coach, is there... Her dad's about to come home, but they're at it right by the front door... and she's in so much pleasure, she can't move...!