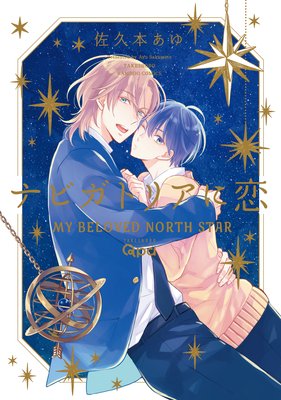 Kei, a hot transfer student from the U.S., mistakes Yuri for a girl. Even when he realizes Yuri's a guy, he won't stop making passes at him! Yuri's always had a complex about his cute name and appearance, and Kei keeps pushing Yuri's buttons from day one at school! Kei's weirdly attached to Yuri. He's way too touchy-feely, and on top of that, he loves to call Yuri "cute"...! One day, they're alone together in the library, and Kei can't resist making a move...! "I've never been with a guy, either... Wanna try it?" A handsome, half-Japanese playboy from the U.S. meets a cute-but-ballsy Japanese high-school boy. One just can't seem to say no to the other. A bewildering yet oh-so-sweet teen romance!
Includes four digital-only pages. 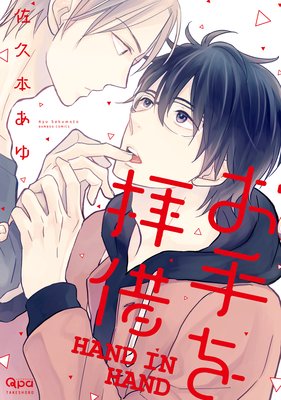 A freshman at Yuasa's college who's studying craft & design - Satoru Arimura - is a seriously perverted hand fetishist. Their hands accidentally brushed in the library, and now he thinks it's fate! He says Yuasa has "the hands of his dreams," and keeps coming to see him (well, his hands) every day, bugging him for photos, sketches, and studies!! While annoyed at first, Yuasa realizes how serious Satoru is about his craft, and ends up letting him sketch his hands. One day, Satoru sees Yuasa cut his finger, and insists on licking the wound to "disinfect" it... which makes Yuasa's heart race! Although, Yuasa does freak out at the bulge in Satoru's pants while he's going down on his finger!! Satoru's laser-focus on Yuasa's hands starts changing to an interest in Yuasa himself, while Yuasa's getting frustrated at Satoru's fixation on his hands...... Will their relationship take a turn for the romantic......? Find out in this love story spiced with freaky fetishism!