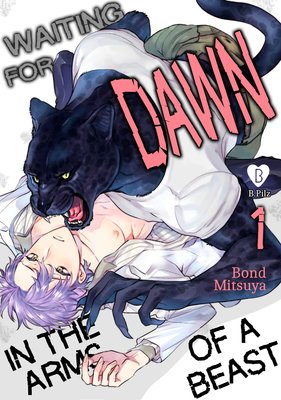 Waiting for Dawn in the Arms of a Beast (Current ch. 3)

There are all kinds of humans and beasts in the world, and that world is your oyster if you're hotshot explorer Asuka (a human) and his expedition partner, Krieg (a black panther man)! Kyo, on the other hand, is stuck in Japan working as a doctor. He's always admired his older brother Asuka. But, one day, Asuka sends an injured Krieg to the hospital where Kyo works.

Stubborn and in denial, Krieg refuses treatment, so Kyo has to tend to him against his will... only to find his own consent violated in the process! All Kyo wants is for Krieg to be that beautiful beast he was before...
This is a tale of awkward love between a misanthropic black panther and his physically frail human doctor.