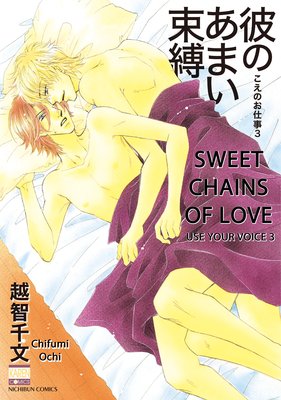 Sweet Chains of Love -Use Your Voice 3-

To Tetsu Nakamura, a veteran voice actor in his early 40s, love is just a game... He expects the same old one night stand when he takes Yukihiro Naruse, a voice actor who is over a decade younger than him, home for the night. But, to his surprise... the tables are turned on him! He ends up experiencing his first time as a bottom and is overwhelmed by Yukihiro's adoration... Figuring that it's just a temporary crush, he decides to play along until Yukihiro loses interest, but what if things don't go as planned...!? 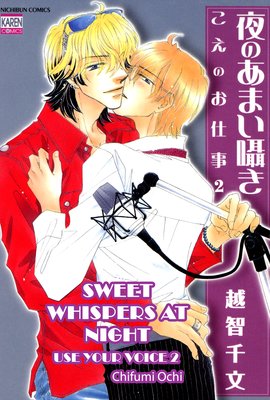 Sweet Whispers at Night -Use Your Voice 2-

Ryuichi is a veteran voice actor with over fifteen years of experience, but none of that prepared him for an unexpected night with his manager, Tohru...! Although Tohru brushes their encounter off as a consensual but awkward encounter... he blushes when Ryuichi touches his shoulder. Will Ryuichi be able to sweet talk his way into Tohru's heart!? 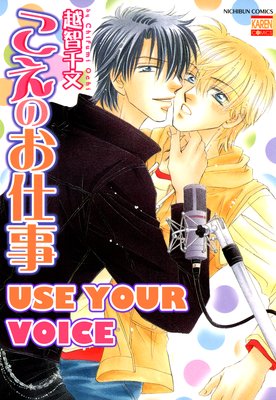 Yuji Kuramochi is a B-List voice actor. He's currently in a complicated relationship with Junya Kobayashi, a budding star who attended the same acting school. One day, Yuji is offered his first starring role which includes an intimate scene with Junya's character. To his dismay, he lets out an embarrassing sound during the recording! After a night of drinking where he ends up spending the night with Ryuichi, another voice actor, his relationship with Junya takes an awkward turn...