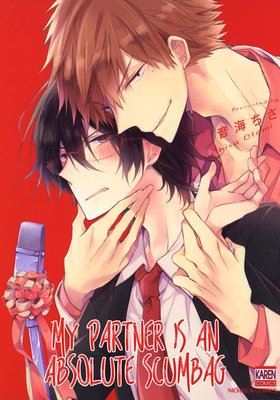 My Partner Is an Absolute Scumbag [Plus Digital-Only Bonus]

An arrogant, overconfident jerk and a stubborn pessimist are partners in comedy.

"Edge" is an up-and-coming comedy duo comprising of Sakae (the straight man) and Ittoh (the funny man). Ittoh's loose with money and women, which Sakae can't stand. In fact, the duo are known throughout show business for not getting along. Fed up, Sakae decides to tell his partner off, only to be held down and kissed! Ittoh tells Sakae that if he wants to accept him as his partner, he'll need to accept everything about him. Finding Ittoh attractive somewhere deep down, Sakae can't gather the strength to fight him off!

Kouki comes across as the perfect student, but deep down he has a penchant for torture that he keeps in check.
However it doesn't take long for Tobari, the new superintendent, to learn his secret!
Tobari shows his conniving side and has Kouki help him with his work in exchange for his silence.
Kouki's desires start to overwhelm him, and soon he develops a need to dominate Tobari...

A dormitory romance that begins with the tying of a different knot! 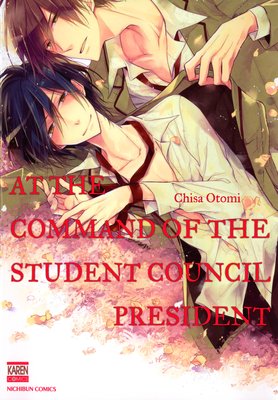 At the Command of the Student Council President [Plus Bonus Page]

Ichika Okuzaki joins the student council to get closer to the flawless and pretty president Mahiro Sasamori. Except, the student council president is actually a hardcore masochistic pervert!! One day, Ichika finds Mahiro tying himself up and masturbating, but for some reason, Ichika gets threatened and forced to help with the bondage...! Ichika gets sick of Mahiro ignoring his feelings and only wanting Ichika to tie him up, so he decides to act for himself... This manga also contains a spin-off of the student council story, "Mr. Secretary and His Pet -A Poisonous Summer-" and "Here, Mr. Kojo, an Aphrodisiac."

Plus! A bonus page is included exclusively for users who purchase this manga from Renta! 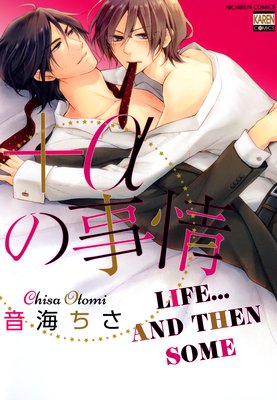 Life... and Then Some

Keiji Nishiono, 36, runs a small, unsuccessful detective agency with his only assistant, the beautiful-but-strict Eisei Takatoh. Laid-back and empathetic to a fault, Keiji is constantly being scolded by Eisei, who is much more of a realist. One day, they accept a case about relationship troubles and go undercover as a couple to infiltrate a gay bar...!! Their investigation goes well, but egged-on by the gay men around them, they end up kissing. After that incident, they start seeing each other as more than business partners...... 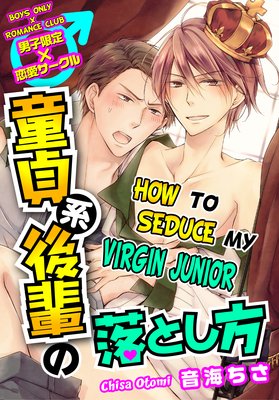 Boys Only Romance Club -How to Seduce My Virgin Junior- [Total ch. 6] Completed

The college Romance Club, also known as the "Cruising Club", is about to be shut down...... The gorgeous young club leader Hibiya is having trouble finding club members who are as attractive as he is. Just then, virgin freshman Togo Mukai visits the seedy clubroom. He's plain-looking, but just hot enough for Hibiya...... Planning to seduce him with his alluring beauty, Hibiya tries to get closer to Togo, but somehow ends up getting rejected. "......You led me on for a while, and now I've got a hard on." Hibiya strips down right before Togo's eyes and starts getting himself off with sex toys, but the guy won't make a move! ......The truth is that Togo's misunderstood the club's real purpose and he's actually straight!!! Hibiya wants to keep the club going so that he can get to see his love, the recent-graduate Kiryu...... This marks the start of the virginal but bossy junior and coy "bitchy" club leader's real Romance Club activities!! 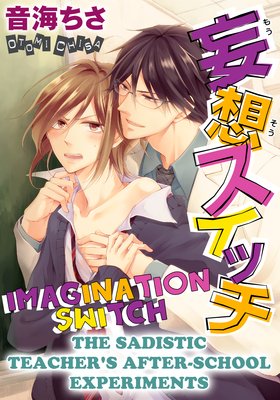 Nozomu Hitsuji is a poor student who's keeping a secret from his friends - that he works part time at a "boys bar" for men. But one day, Nozomu is seen walking on the streets with a male customer, by none other than his dull and gloomy biology teacher, Mr. Ichii. Nozomu is ordered to come to the biology room the next day, where Mr. Ichii gives him a proposition. When Nozomu accepts, a sudden change comes over his teacher, who says "I've been waiting for the day when I could have my way with you," and ties him up...! Surgical role-playing, cross-dressing, molestation and punishment...... As he comes face to face with Mr. Ichii's never-ending fantasies, Nozomu's body gradually begins to understand the pleasures of sex......