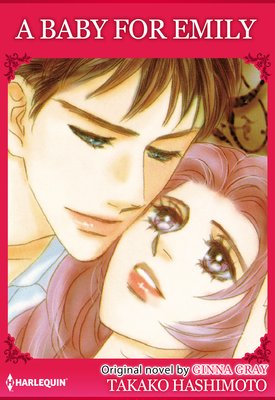 A Baby for Emily

Emily's happy life has been shattered. Her doctor husband, who was supposed to be attending a medical conference, was found dead of asphyxiation...in his mistress's apartment! Was everything, including his love for her, a lie? Emily is deeply hurt as she tries to wrestle with the cruel news. The one person who holds out a helping hand in her time of need is her late husband's brother, Dillon. Despite the fact that Dillon was always cool and indifferent toward her while she was married, he's now pulled a complete one-eighty and is taking care of her every need. But behind his kindness, Dillon is hiding an even deeper secret. Dirk Matheson is a VP at Alissa's company, and every woman there has a crush on him. He's talented and mysterious, and his many relationships with supermodels and celebrities, which rarely last even two weeks, have earned him a reputation as a playboy. Alissa, the CEO's dutiful but plain secretary, never imagined she might have any common ground with him...until the night he hit on her. Then they started dating, and before she knew what hit her, he was proposing to her...but nothing can prepare her for his next request: "If you marry me, I want you to give up on ever having children." Alissa loves him, but will that love be enough for her to agree to his terms?