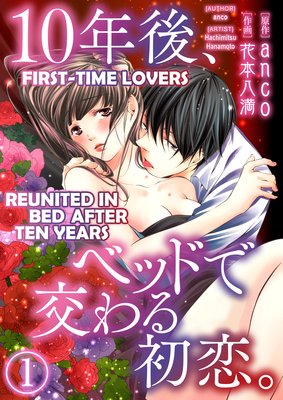 Minami is working toward her dream of becoming an actress in Tokyo when she is reunited with her childhood sweetheart, a man she hasn't seen in over a decade. Ten years earlier, when they were both in high school, Yamato suddenly abandoned Minami in their rural home town. Why did he leave without a word...? After being reunited, the two lovers ravage each other as though trying to fill every second that was stolen from their relationship. Minami slowly copes with her first physical passions and her rekindled feelings for her lost love, but Yamato has a secret that prevents him from being with her forever... "Come on. Feel the whole of me!" Even though she really hated him, his lips and fingers drove her wild as she let him have his way... Why couldn't she resist!? Chizuru runs into her first love, Suma, at a reunion! He pours his heart out to her, and they end up at a hotel... It had been an evening when two hearts - and two bodies - had finally merged as one. However, she awakes the next day to find her nemesis, Ryosuke, lying next to her...! He then grabs and draws her near, saying, "I'll show you that I'm better......"