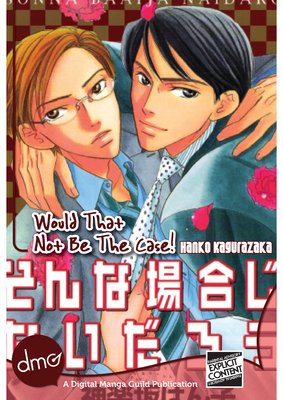 Would That Not Be the Case!

Kamoi is an upstanding secretary for his political idol in the National Diet. Takagi was supposed to be just a one-night stand ? until Kamoi finds out he is a young congressman from the opposing party! Soon, both men experience big shake-ups in their careers, but could these changes possibly bring them together? "Would That Not Be The Case!" brings hot romance straight to the halls of political power. Read on as both men examine their political purposes in-between cross-party warfare and hot, steamy nights. What is Takagi's motivation for being in the Diet? What is it that makes Kamoi's job so painful? And when Takagi falls hard, who can take him back to the top? Drawn by mystery, Nanamori Toki left his sick bed to visit Hokage Island, owned by his friend Izumine Masatsugu. Toki was later found dead. Now his twin siblings Kisa and Mei make their own trip to the desolate island. Their plan: to have Mei seduce the island's owner while they both look for clues about their brother's death. But a fateful encounter at the island's mansion prompts a slight change of plans... "Mourning Dinner Party" is a tale of loss, lust, and love. Join the twins as they try to uncover what happened in Toki's last moments, as well as what lies behind Masatsugu's isolated existence. What really caused Toki's death? What is this "curse"? And is Kisa falling for the man responsible? 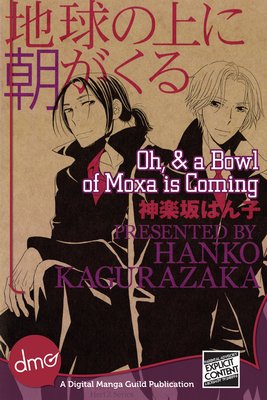 Oh, And a Bowl of Moxa is Coming

I've been alone for my whole life... Afraid of being betrayed. Shunya Hinatsu is a skilled TV producer, and Sei Kiyama is a popular drama scriptwriter. They used to be lovers, but their relationship ended after Sei's betrayal... or so it seemed! Once they reunite, they both become prisoners to the feelings that they couldn't forget! This is a love story about cowardly people who hesitate to fall in love!