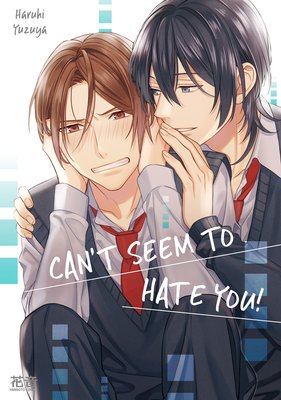 Can't Seem to Hate You! [Plus Digital-Only Bonus]

Kosuke Shinohara has no problems getting girls to like him, but he's never really known true love. He sees Hajime Okui from student council pining after a guy who's already got a boyfriend. At first, Kosuke's just a bit exasperated because he thinks Hajime is wasting his own time, but pretty soon, those feelings of exasperation turn to irritation. ...Is this what love feels like? This book is coupled with another story of a guy who can see the red string of fate and the guy he falls in love with ("No Strings Attached")! New extra story included! Enjoy this spin-off from "Don't Say You Love Me!" 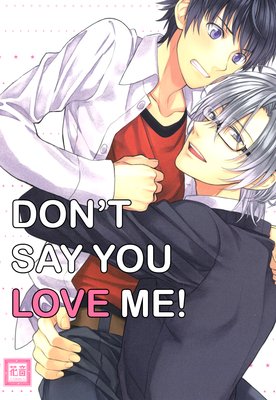 Don't Say You Love Me!

At first it seemed like the gorgeous and popular student council president Eiji Tokita, and Oriya Okamoto, your average, everyday student, would never cross paths. But, one day, Eiji starts passionately telling Oriya how much he loves him...! He even proposes marriage, and no matter how cold or violent Oriya is to him, Eiji won't seem to give up...!! A romantic comedy set in high school depicting love between a hot school president who's obsessed with a boy with no traits that make him stand out!!
This manga includes a short story and a bonus story!