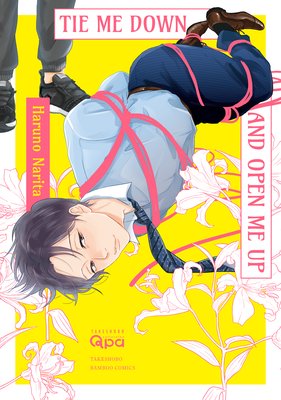 Tie Me Down and Open Me Up [Plus Digital-Only Bonus]

The ladies love Rihito, but his secret obsession keeps ruining his relationships. His younger co-worker, Tomoki, is in love with him despite his quirks. He keeps asking Rihito to give him a chance, but the man just laughs and says he isn't into men. One night, Rihito's curiosity gets the better of him while they're drinking at his place, and he takes advantage of Tomoki's feelings to get the younger man to tie him up... The exploration and romance between a businessman and his easily manipulated co-worker just escalates from there!
Includes four digital-only bonus pages. 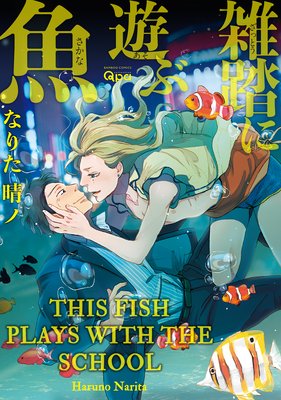 This Fish Plays with the School [Plus Digital-Only Bonus]

He went fishing, but he got fished for instead! Natsumi Narasaki, a single 29-year-old who works as a scout for a porn agency, picks up a beautiful girl named Meiko out in the city one day. When she invites him to a hotel 30 minutes after they meet, he assumes she's a woman with an unusually high sex drive... but when he takes her to the agency office, they discover that "Meiko" is in fact a beautiful boy! Still, when Natsumi's boss suggests he seduce Meiko anyway, Natsumi takes Meiko to a hotel... Where he pleasures Natsumi! Could Natsumi be about to lose his virginity to a man...!!? She looks like a beautiful girl... but he turns out to be a piranha in drag, devouring heterosexual one-night stands who fall for his plot...!!
Includes four digital-only pages.