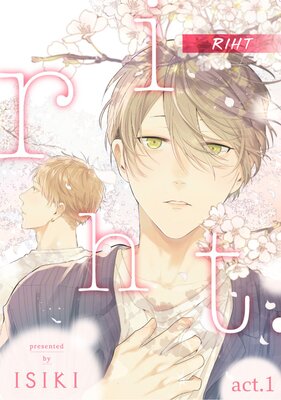 Childhood friends Yuu and Asa thought they'd always be together. However, one day, their once-natural dynamic falls apart. Yuu doesn't believe they can continue the way they are now that he's realized his feelings for Asa go beyond friendship. As things continue to evolve and put him on the brink of a decision, Yuu begins to think his love for Asa is inconveniencing the people around him. So, to forget his love for Asa, he decides to preserve his role as childhood friend... But acting against love proves harder than he thinks. 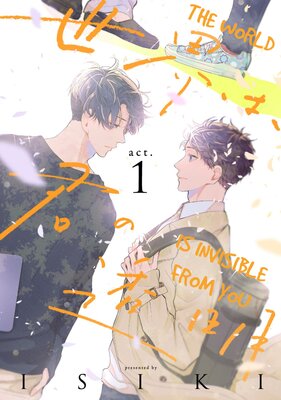 The World Is Invisible From You (Current ch. 4)

During the spring of his senior year in high school, Keito tours a nearby college campus and has his heart stolen by the acting performance of Yukichika when his film club's shooting a scene in the middle of falling cherry tree petals...
Yukichika was in the middle of acting out the scene, but since Keito walked right into it, they stopped filming and started searching for a different location.
When Keito asks who he is, he says, "I'm just a creator."
It turns out this chance encounter is what changes Keito's destiny and begins a "love story" in the "world" he lives in...