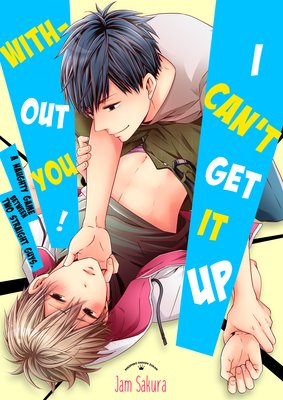 I Can't Get It Up Without You! -A Naughty Game Between Two Straight Guys.- [Total ch. 2] Completed

Despite Taira's friend Reishi being a scumbag who routinely sleeps with girls only to ditch them the next day, the two get along and often hang out together.
One day, the two friends somehow chide each other into playing a bizarre game of "first person to get wood from watching a gay adult film is the loser." Convinced he'd never get turned on from watching such films, Taira is taken aback when Reishi puts his hand on his manhood. Though intended as a simple jest, Taira finds the gesture far too arousing, and can barely hold himself back! As Reishi's finger enters him, his entire body tingles... to the point of making him shoot his load!
After the encounter, Taira's heart can't help but race whenever he lays eyes on his friend. What's more, he can't get it up anymore unless he's with him!