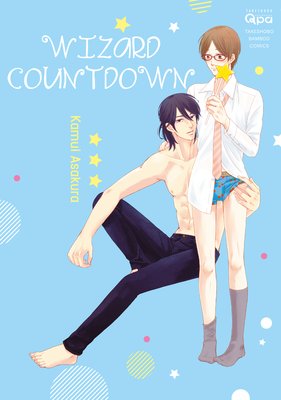 Haru Miyoshi, a researcher who loves his "alone time," agrees to a blind date just before his 30th birthday. However, his date's younger brother, Kei Akiyoshi, is there to greet him instead. Knowing that his sister stood Haru up, Kei is nice enough to join him for a few drinks. Comforted by Kei's kindness, a drunken Haru admits he's tormented by the urban legend that says "men who don't do it by their 30th birthday become wizards," when Kei leans in and steals his first kiss...!
Includes four digital-only pages. 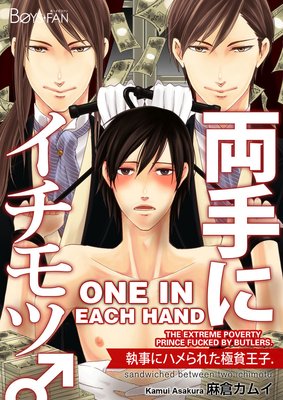 One in Each Hand - The Extreme Poverty Prince Fucked by Butlers

Kazumi is an ordinary university student who lost his moster at a young age and lives peacefully with his grandparents. Or he was until twin butlers appeared one day to turn his life upside-down! According to them, Kazumi's father, who he'd been told had died, is the head of a huge business conglomerate, and because of the recent death of his heir, he's asking Kazumi to succeed him... While confused, Kazumi decides to take them up on the offer. He lacks the training necessary to be the next head, however, so the twins are put in charge of his education, and are going to teach him all sorts of things? 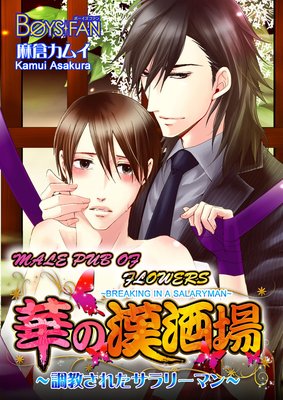 Male Pub of Flowers -Breaking in a Salaryman-

A salaryman gets fired after being blamed for some sexual harassment trouble at work... then he finds himself drinking at a bar that completely rips him off! Unable to pay the high bill, he panics, but a strange man comes ot his rescue... however, this man is actually the owner of a male brothel, and so, the main character's days of imprisonment and training begin...