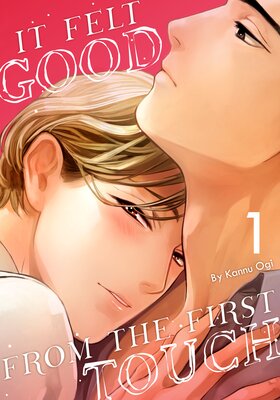 "It feels so nice, I can't stop..." Okiya is regarded as both a reliable and kind-hearted senior coworker by those at his company. Okiya, however, has a secret ability up his sleeve. Armed with the ability to read people's emotions based on their aura, he is seamlessly able to build strong relations with his peers. One person that catches his eye, though, is a subordinate by the name of Koga. Though a socially awkward and expressionless member of the team, Koga emits a strong "aura of affection" towards Okiya, making him feel extremely pleasant to the point of wanting to reciprocate. One night, after one drink too many, Koga's aura makes Okiya feel so good that he renders him.... wanting something more...! A clumsy love story between an honest, unabashed subordinate, and his intelligent, beautiful senior coworker who both just want to "feel good".