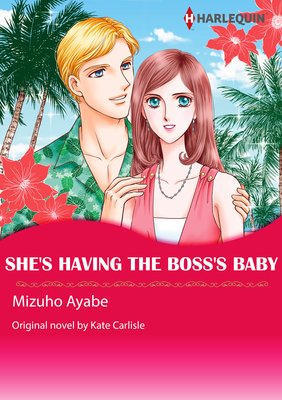 She's Having the Boss's Baby

Ellie, who has secretly had feelings for her boss, Aidan, for years asks for some time off so she can get artificially inseminated. She dreamed of love and marriage after seeing her parents' unhappy life together. But after realizing that she'll never love anyone more than Aidan, she decides to give up on her one-sided love and start a new life as a mother. When she tells Aidan about her plans, however, he offers to help her conceive...the traditional way. Why on earth would he say that? Does he just want to ensure she stays on the island for the sake of his company? Or could there be a hidden reason behind his actions?

An Innocent in Paradise

Grace came to the Caribbean island of Alleria to conduct botanical research. But with her funds running out, she began working at the island's only luxury hotel as a waitress. Unfortunately she kept messing up, and the hotel's sexy owner, Logan, almost fired her! Grace desperately explained her situation and was allowed to stay on the island. And so she became infatuated with Logan and his youthful smile, never realizing that his opinion of her was far less charitable.