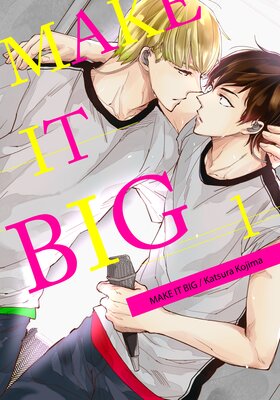 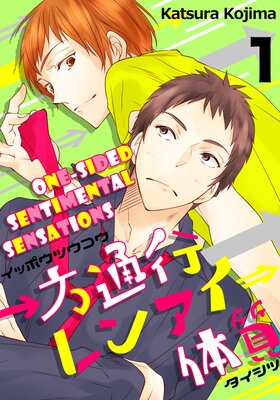 Totsuka is a straight guy, working on a university campus and cursed with a long history of unrequited love interests. He really wants to be able to call someone his own, but every time he tries, it never seems to work out. Of course, as fate would have it, the one person who seems to be into him is a male student, Nari, who showers Totsuka with sweet nothings like "You're totally my type" and "You should pick me, Totsuka." One day, Nari stops showing up to college, and Totsuka can't help but worry about him. One thing leads to another, and Totsuka finds himself going to Nari's place hammered... and passionately kissing him. With Totsuka unable to control himself under Nari's intoxicating sensuality and Nari smoothly leading him in the bedroom... How will this one night between an office worker with absolutely no game and a gay playboy student end...!? 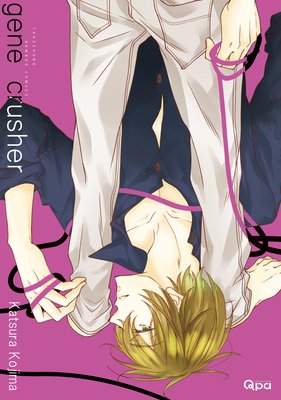 The two of them played a "secret game" when they were kids. Yasuhiro's always thought he was to blame for twisting his cousin Yuma's sexual orientation, and he started avoiding Yuma at a certain point. But one day, Yuma turns up at Yasuhiro's apartment and insists that wasn't the reason for his orientation. On the contrary, Yuma lusts after his body every time they meet. Thinking he mustn't get swept away, Yasuhiro uses his work as an excuse to escape Yuma's advances, but the impulsive Yuma closes in. Yasuhiro had always thought of Yuma as a kid, so when Yuma makes an unexpectedly "adult" remark, Yasuhiro can't help slapping him. And yet, Yuma still hasn't learned his lesson! What'll Yasuhiro do...?
Includes a bonus page exclusive to Renta!