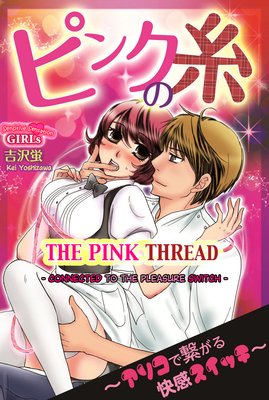 The Pink Thread -Connected to the Pleasure Switch-

Yuina secretly has a crush on her boss at her part-time job. One day, she sees an advertisement for glasses that can bring someone together with the person of their dreams. It's kind of suspicious, but she decides to buy a pair anyway... And then, right after she puts them on, a red thread of fate slips out from her little finger... or at least she thought it would! Instead, it turns out it's a pink string from her crotch?! It slides right out of her on her way to work... Her heart pitter patters with excitement as she heads toward the shop, until she sees that the owner's string is already connected to her best friend's! Then, she accidentally snaps it... with surprising results!