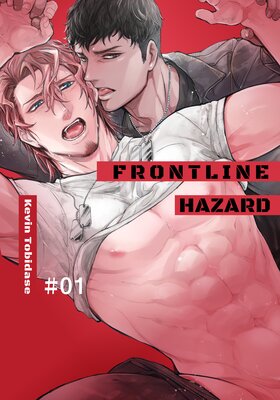 Cornered in the belly of a tank... Raven wants to die with Amber in his arms.
Raised in an orphanage, Raven fell in love with the "big brother" of the group, Amber, before striking out on his own. He would enlist in the army, only to be reunited with the man who, over the years, literally filled his dreams. He didn't want to see him there... The possibility of witnessing Amber's death begins to haunt him. Meanwhile, Amber looks out for Raven the way he always did, like a brother. He'll never see them as romantic partners... The two get caught in a firefight and embrace...!!
A younger lone wolf and a muscular gentle giant, reunited and it feels so good!