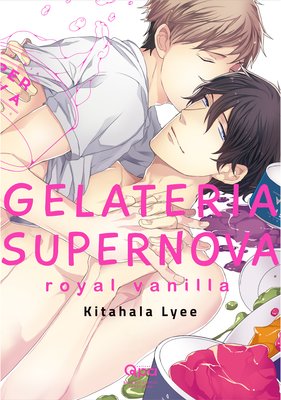 After meeting through an online dating site, Naoki and Tomoaki had a purely physical relationship for almost a year before they finally became a proper couple. Tomoaki graduated from college and got a job, and despite their busy lives, the two men have slowly but surely grown closer together. However, when Tomoaki is sent to Osaka on a business trip, they're separated for two whole weeks. Having never spent this much time apart, it only takes a small thing to cause big trouble. Naoki's never loved anyone before, and he soon realizes he's getting a taste of something new. Feelings that began in a gelato shop melt together in sweet harmony and turn to love...
Includes four digital-only pages. 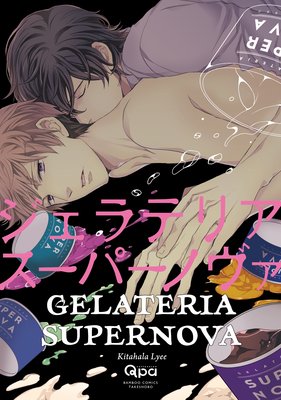 Includes bonus pages exclusive to Renta!
Tomoaki randomly meets a guy through an online dating site, and they only know each other by their bland usernames. Their relationship consists of meeting at Supernova, the neighborhood gelato shop, and walking to Tomoaki's place to have sex. ...At least, it was supposed to. Tomoaki soon realizes his changing feelings and is worried he's the only one being drawn in deeper and deeper... Is he unable to resist these new emotions...? A sweet yet bitter tug-of-war between hearts revolves around this gelato shop.