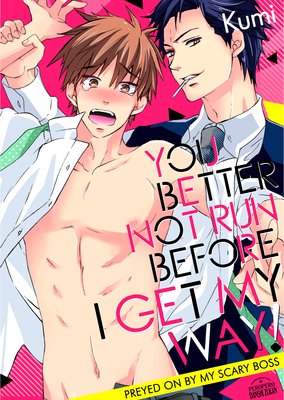 You Better Not Run Before I Get My Way! -Preyed on by My Scary Boss- (Current ch. 3)

Sakamoto, a rather boring businessman, dreads his boss. After being treated badly at seemingly random times, Sakamoto thinks his boss hates him?until one day, when he decides to go to the gym for a change of pace and runs into his boss. And what's more is that his boss ends up helping him with stretches, gets up close and personal, and then something between his legs gets... hard! Just as Sakamoto begins to think it was all his imagination, his chest gets touched and he gets a very steamy kiss, which throws him off! Is his boss serious? To top it all off, he keeps pushing himself against Sakamoto. If things keep progressing like this, will Sakamoto become a different kind of prey to his boss? 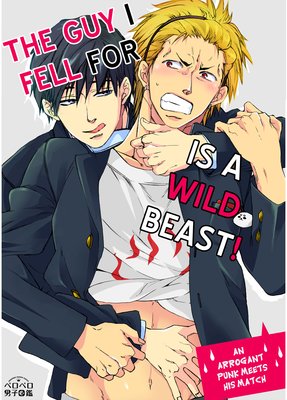 The Guy I Fell for Is a Wild Beast! -An Arrogant Punk Meets His Match- [Total ch. 5] Completed

"I want... to see your O-face." Daigoro's an arrogant punk in high school and he's in love with the handsome and cool guy sitting next to him, Kazuki. One day, Kazuki invites Daigoro to his room for what seems like an innocent reason. But, what Daigoro sees there are the walls covered with his pictures and stolen personal items... It turns out the person he had a crush on was stalking him!! Then, to top it off, Kazuki then says, "Your photos and items don't satisfy me anymore" and starts to handcuff Daigoro...! Kazuki touches him all over, a normally uncomfortable position if it were not for Daigoro's crush on him. If he ravages Daigoro like this from both front and behind, especially his butt, the pleasure will make Daigoro lose his mind...! Despite Daigoro being a school punk... this eccentric, handsome guy is driving him to la la land...!