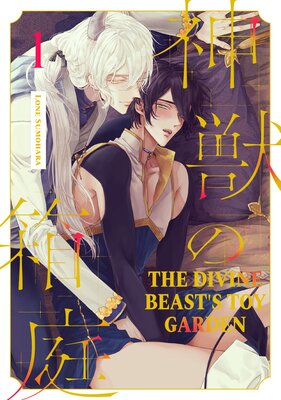 A love story between different species, featuring a wealthy, arrogant dragon lord and an innocent, pure human from a small village!
After a great war, humans were on the brink of extinction. Now, in the present, the world is controlled by beasts that are called "Divine Beasts." These beings enjoy taking the rare humans while they are young and raising them to become their "toys." Melik was quietly living among the elderly humans in a village. Except, one day, he is kidnapped by the dragon Attes. Dragons are considered to be the noblest of all Divine Beasts. Melik just turned 21 and is considered to be a little too old to be "toy." Yet, not only is he taken in and pampered, but the dragon performs the ritual of the first night, and Melik's first time is with a dragon...!