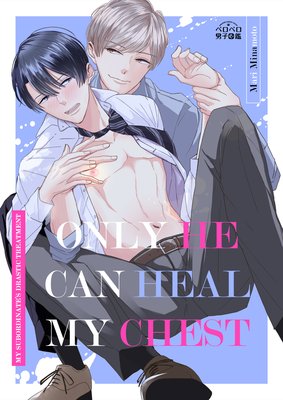 Only He Can Heal My Chest -My Subordinate's Drastic Treatment- [Total ch. 2] Completed

Asahina is perfect in every sense ? he gets work done, is good with people and looks great. His only flaw... is his chest. Naturally, this was supposed to stay a secret, but on a trip with his co-workers, a younger employee he can't stand ? Takuya Mochizuki ? ends up seeing it!
However, Takuya then offers to help him fix it, and he appears to be completely genuine about it. But, the pleasure ends up affecting other parts of Asahina's body as well, and one thing eventually leads to another. Despite realizing that this surely can't be part of any treatment plan, Asahina finds that his chest is actually changing...! 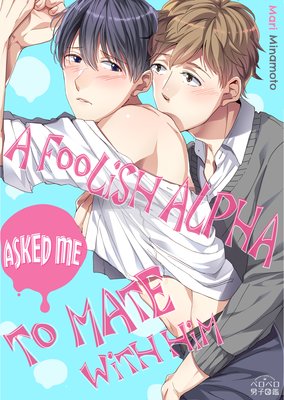 A Foolish Alpha Asked Me To Mate With Him [Total ch. 2] Completed

Rio, an omega and a wolf in sheep's clothing, hates alphas. One day Keisuke, an alpha, asks Rio to be his boyfriend. With the hope of finally getting revenge on alphas, Rio decides to go out with him. But, despite Rio's attempts to hurt Keisuke, Keisuke insists on treating Rio right. Rio's surprised at how unlike other alphas Keisuke is...
Conflicted by his hatred for alphas and his desire to be moved by Keisuke, Rio risks it all! 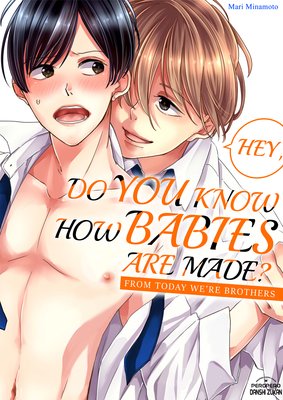 Hey... Do You Know How Babies Are Made? -From Today We're Brothers- [Total ch. 2] Completed

"Hey, Yuuma. Do you know how babies are made?"

After coming home from his part-time job one day, Yuuma, an only child to a single mother, finds an unfamiliar boy in his home. After hearing him out, Yuuma discovers that his mother has remarried and now he has to live with his new over-friendly step-brother, Aruto. However, Yuuma is unable to get along with him and is suddenly pushed down and kissed. The more time the two boys spend together, the more confused Yuuma becomes about his own feelings for his younger brother. Could he really be falling for him!?