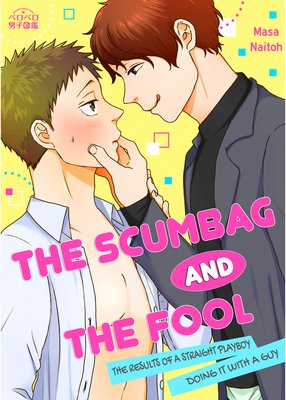 The Scumbag and the Fool -The Results of a Straight Playboy Doing It with a Guy- [Total ch. 2] Completed

"Look, I can't put it in... if I don't loosen you up properly, right?"
Ryugo is a scumbag playboy college student who doesn't have any girlfriends, but has a number of friends with benefits. One day, he meets his old classmate, Shunpei, who is still as much of a simpleton as he used to be. Spending time with him is interesting, but Ryugo ends up feeling irritated when Shunpei makes a joke and crosses a line. When Ryugo retaliates by teasing Shunpei in jest, they soon end up getting down and dirty! Even though Ryugo thought it'd be impossible to do it with a guy, Shunpei's squelchy backside that wraps around him feels so good, and his desperate face... might even be cute. That ecstatic expression could make Ryugo finally get serious with someone!! 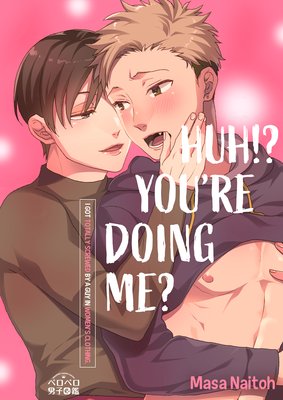 Huh!? You're Doing Me? -I Got Totally Screwed by a Guy in Women's Clothing.- [Total ch. 2] Completed

"Breathe... It'll feel great."
Joichiro loves cute girls with a big chest and he's always trying to pick up new girls when he's out. That was the case the day he sees Shiho, a pretty girl with big breasts and long black hair! On top of that, she agrees to come with him easily when he asks her out! Once at the hotel, she proves to be a really giving person, but... then she slowly starts to try new things! Shiho's actions slowly escalate and then finally Joichiro finds out why... She's a he! Unable to tell him to stop, Joichiro experiences something that changes him forever! 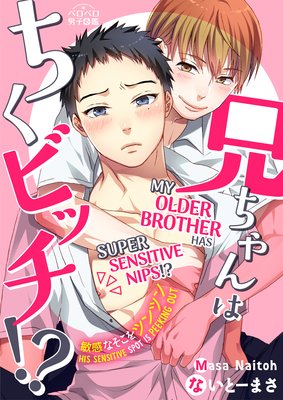 My Older Brother Has Super Sensitive Nips!? -His Sensitive Spot is Peeking Out- [Total ch. 2] Completed

"Shin, are you feeling it from your nips?" Reo, a library assistant, dislikes Shin Osawa, his overly serious upperclassman. One day, the two of them are working together, much to Reo's annoyance. However, after a small accident, he discovers that Shin's nips are super sensitive...!? Oh god... Ah! Don't..." When Reo touches his nips, Shin's face gets red and he pants like he's been enraptured... Th-that's way too hot!! Moreover, their parents have gotten married, so they're brothers now! Shin moans every time Reo "accidentally" pokes or rubs his nips. His flushed cheeks and watery eyes... are just so hot...! "If I've got such a hot older brother, I have no choice but to do him, right!!?"