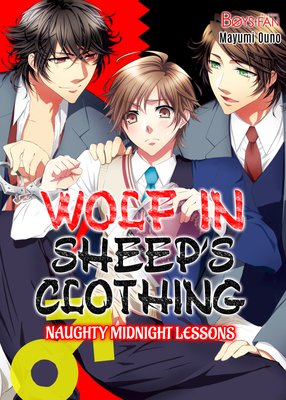 When Yuma's mother remarries, his teacher Mr. Ayato Hinohara becomes his new stepbrother! And, it turns out Ayato is a wolf in sheep's clothing; when midnight comes around, his personality does a 180! Ayato sticks objects into Yuma's backside, tells Yuma to bring a girl for him to play with... this guy is out of control! At first, Yuma's confused by Ayato's dark side, but his body... slowly adjusts to him... Just what kind of relationship is in store for them!? A naughty story about an unlikely pair living under the same roof! 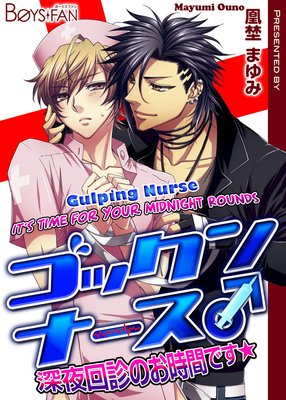 Gulping Nurse -It's Time for Your Midnight Rounds-

The young Shiiya is an up-standing university student. However in order to have enough money for living expenses he has a secret part-time job. That job, as a sensual masseuse who wears a nurse's uniform, has been kept as a tightly-guarded secret just fine... until the day his classmate Tenma finds out. He will keep Shiiya's secret, but only if Shiiya agrees to be his man-servant. From the day he says yes, Shiiya is forced to participate in humiliating roleplays with Tenma. It stars off with actions like milking himself and being penetrated repeatedly with a vibrator, and as the activities he participates in escalate, Shiiya becomes more and more a slave to the sexual pleasure Tenma arouses in him. Soon Shiiya wants to be more than just Tenma's slave, but what will happen when the master and servant relationship they have going is broken!?