Voyeurism -Beating Around the Bush on the Balcony-

Moeka just started living alone a month ago. She's a college student hoping to find herself a nice boyfriend, and one day, she realizes something. From her balcony, she can see everything in the room in front of her apartment, and she finds out that a very hot guy lives there......! She starts spying on him through the window, but one day, his girlfriend (!?) walks in his room and kisses him......!! Moeka is so shocked that she nearly gives up on him, but then she catches him having sex with his girlfriend!! She knows she shouldn't look, but she can't take her eyes off them. And...... guess what!? It turns out that the girl isn't the one who was kissing him the other day! As soon as she realizes it, she starts to feel horny and touches herself on the balcony......! She can't resist the temptation and does it again the next day......! 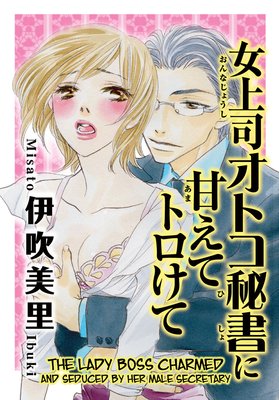 The Lady Boss Charmed and Seduced by Her Male Secretary

My secretary is a sadistic self-centered guy. At first, I had no idea what he was really like. With his gentle, sensual voice, he whispers intoxicating words into my ear as he performs deep pelvic thrusts that send sweet erotic shivers throughout my body... I'm a workaholic manager who has her own personal secretary, Himuro. He's younger than me, but is someone I can trust. Despite that, I feel he's constantly evaluating me as a manager so I cannot allow myself to show him any sign of weakness. Then, one day, at this bar I stopped by after attending my friend's wedding, this suspicious guy gets all chatty and slips me a date rape drug......