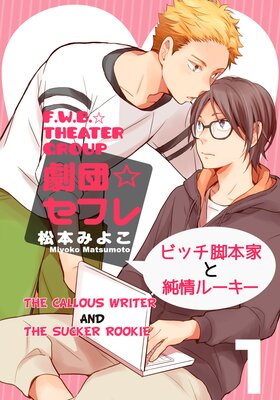 They're just a college theater group, but their shows sell out and their top billed actor's a TV star. However, they're unfortunately named "F.W.B. Theater Group" - as in, "Friends with Benefits." One day, freshman and aspiring-actor Asahikawa appears before scriptwriter Utatsu, asking to join the group. Utatsu turns him down flat, but Asahikawa doesn't know when to quit. Utatsu tries to give Asahikawa an impossible challenge to make him go away, but his plan backfires, leading to the two of them watching porn together. Utatsu's curiosity eventually wins out, and he ends up asking Asahikawa to get him off...... So he'll sleep with a guy if he's "interesting" enough!? Theater is his life, and this promiscuous scriptwriter is about to get physical with an inexperienced, fresh-faced freshman! 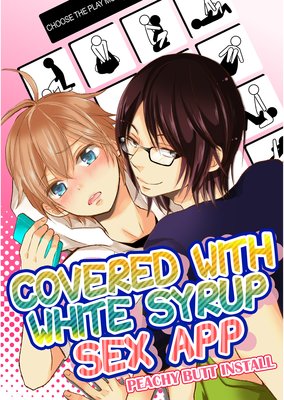 You can do whatever you like with whoever you like! Dorm roommate, Arisaka, asks Yusuke to test the sex app that allows him to "have sex with anybody in a dream." Yusuke is suspicious about the app, but Arisaka downloads it to Yusuke's phone forcibly. Yusuke registers Arisaka to the app because he secretly loves him. "Yusuke, you're squeezing me so tightly." In a dream, Arisaka loosens Yusuke with tongue and fingers. Yusuke can't stop begging for more with his peachy butt shaking. As sex in the app becomes kinkier and kinkier, Yusuke begins to feel more stongly about Arisaka in the real world. Hey, Arisaka... would you install the real you in to me? 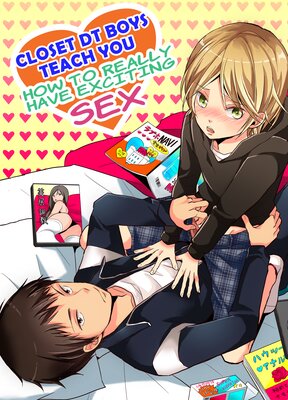 Closet DT Boys Teach You: How to Really Have Exciting Sex (Current ch. 2)

Nezu is a sophomore in college who's constantly swarmed by classmates asking him to give them love guidance. He always comes up with the right advice, but the truth is, he's a virgin! Despite bragging that he can solve any kind of love problem, he's never experienced anything himself... But then, a freshman named Kumano comes by and asks him to give him a live demonstration of sexual techniques! What will he do?! A pure virgin vs. a hidden virgin! Get ready for some steamy, romantic love...