The part-time job that manga-loving Yukiko found was working as an assistant to manga artist Renji Kaneko. However, when she shows up at his workplace, she discovers that Renji Kaneko is actually her ex-boyfriend from high school who broke up with her out of the blue, Tsukasa. When Yukiko learns of how he was told he needed to draw sexier looking female bodies, she offers to be his model. However, she is dumbstruck when he tells her he wants to see her boobs! And upon seeing them, some sort of sadistic switch seems to be turned on inside of him and instead of just staring he pounces. And for some reason, she likes it! 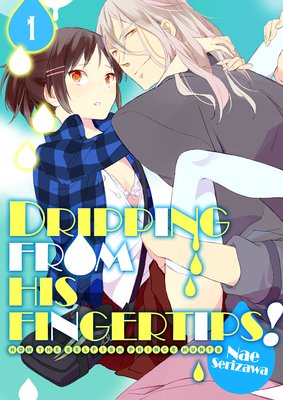 Dripping from His Fingertips! -How the Selfish Prince Hunts- [Total ch. 3] Completed

Sumire has been assigned to a publishing company as a novice hair and make-up artist. On her first day, she suddenly witnesses a man and woman in the act! Moreover, the man who looked so familiar is Atsuki, a hugely popular model. Knowing she saw him, Atsuki locks his sights on her. He's overbearing and a narcissist, and Sumire think nothing of him at first, but... Huh? He's doing it with the Editor-in-Chief right now!? He calls out to her... "You should come here, too, Sumire!"