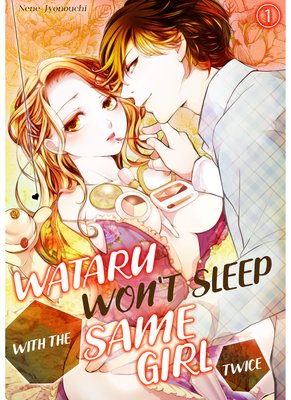 What does it mean when someone loves you, but doesn't want to take it to the next level? Ayaka works at a college as an administrative assistant, and one day, Wataru, the hottest guy on campus, tells her he likes her. Having seen him a few times, Ayaka thinks he's nice enough, but there are rumors he's with a new girl every day! One such girl even tells Ayaka that Wataru's awful, though Ayaka isn't really sure why... When Ayaka asks Wataru himself, he says it's because he has one condition for anyone who dates him... In the middle of a packed train, where anyone could catch them in the act, Ayaka pretends to be a meek secretary... who gets felt up by Wataru! This is all down to his "condition"...! Tainted Love -Which Would You Choose?- [Total ch. 3] Completed

Masaki's parents passed away when he was young, and he's been my little brother ever since. He's always been precious to me, and before I knew it, we became star-crossed lovers... While we're not blood-related, we can't tell anyone about us... Especially our parents. But, my mom has been getting suspicious... So, as a cover for my relationship with Masaki, I got a boyfriend: Taiyou, my boss and Masaki's friend from high school. For the sake of my brother, I'll take advantage of his feelings for me...! 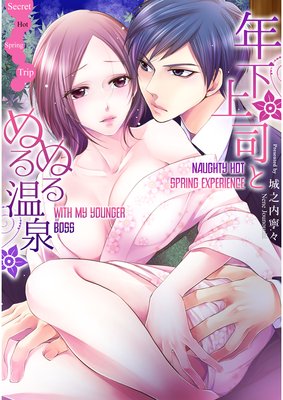 "Relax...... and let me make you feel good..." I'm in a mixed hot spring bath with my younger boss!? Unazuki works for a hot spring information website, but they decided to shut down her "Hidden Hot Spring Resort Tour" section next month! Wishing to show the world less-known but great hot springs, she tells her younger boss Touji Arashiyama that she can't accept it. He tells her to leave it to him and they go together to a hot spring resort located deep in the mountains...... Unazuki takes a bath in front of her boss who's holding a camera, but as she feels uncomfortable trying to look relaxed, Touji suddenly gets in the bath with her. Then he pulls her body against his......!! "Oh, no... He's running his finger... over my body... and slipping it into me...!"