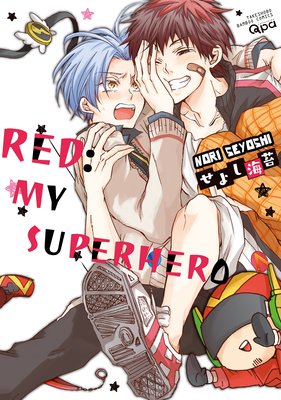 Red: My Superhero [Plus Renta!-Only Bonus]

Chitose Aoyagi is a returnee from France. At his new school, he's reunited with Tasuke Akayuge, his childhood nemesis... a traumatic trigger he wishes he'd never have to deal with again! Why traumatic, you ask? In 4th grade, Tasuke not only stole the coveted Gad Red role in the school play, but he was the pervert who stole Chitose's first kiss! In Chitose's mind, "he's not 'Red' at all!" But, Tasuke quickly becomes popular and even gets chummy with Chitose's best friend, then professes his feelings for Chitose and does dirty things to him! Chitose feels all mixed up and doesn't know what to do...!
Includes bonus pages exclusive to Renta! 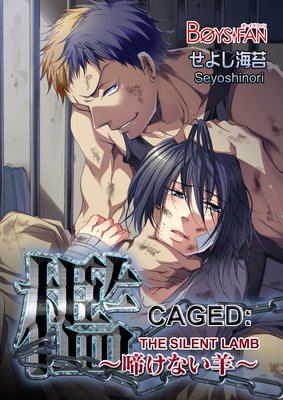 Kiyotaka Tono was oldest son and heir to the strongest yakuza family in Japan, but was sent overseas to study abroad by his stepmother's design. The school, it turns out, is no more than a prison for the scum of the criminal underworld! As the only Asian prisoner, Tono becomes an easy target for violation by the inmates until he meets Nana ? a strange boy from an Italian mafia clan who seems to have an insatiable fascination with his hair. Nana promises to help Tono escape... for a price. Will he pay it? Can Tono make it out in one piece?? And what is Nana's dark secret?!? The Sheep in Heat and the Wolf Sacrifice

Mr. Merry is a boys' love manga artist. He's bad at drawing beautiful boys, though... then, one day, a beautiful boy named Okami Naoto moves in next door! Naoto isn't just good at housework, he's happy to help out in every regard! He seems to be the perfect gentle prince... the perfect boys' love model that Mr. Merry was searching for! And so, after eating Naoto's delicious cooking day after day... suddenly, one night, Naoto transforms?! That's right! He strips off his sheep's clothing and reveals himself as a wolf! Seems like he has his reasons, though... get ready for a wild ride in this crazy boys' love comedy!