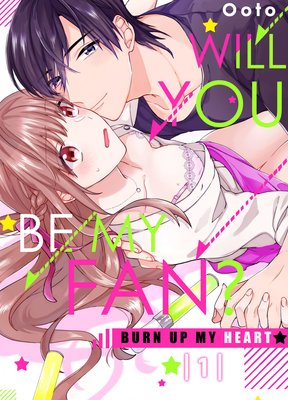 As he touches her gently with those burning hot hands and looks at her with that face, she just...
The curtain opens on the ultimate vexing love story.

23-year-old Akari Shinohara lived her whole life without ever having a boyfriend. She also fangirls hot actors (and guys with hot faces).
She's excited to go to the final performance of the actor she's currently into.
However, later that night at dinner, Akari's older sister points out that she's never been in love, making Akari turn to the bottle...
When she comes to, she realizes she's broken into her neighbor's apartment by accident!!

He's usually a disheveled mess, but up close she's shocked to see how handsome he is!!
He's got a hot face, but she's technically trespassing! She decides to make an escape while he's asleep!
Her plan soon fails, though, when her neighbor starts softly caressing her with his lips and fingers...
Will she end up going all the way like this!?