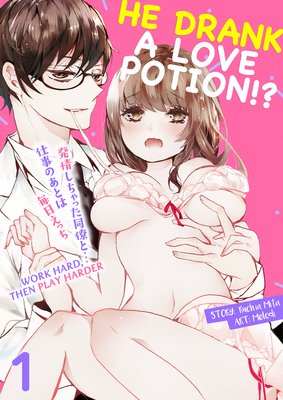 Hinako, a researcher in a laboratory, doesn't have much luck with men. However, she succeeds in creating something that ends up making her life a whole lot more complicated: a love potion. Although she doesn't plan to use the potion, it accidently finds its way into a cup of tea meant for one of three men she works with, and she doesn't know which one drank it. To investigate, Hinako talks to Ryo - one of the men in the meeting and someone she believes has absolutely no romantic interest in her. But, to her surprise, Ryo turns to Hinako and tells her that he loves her. At a loss for what to do, Hinako decides to take responsibility for making Ryo fall in love with her and gives him what he desires. What was supposed to be a one-off, though, happens again and again, leaving her wanting more. Then, to complicate things further, the other two men claim to love her, too. What's going to happen to Hinako now that everybody wants her for themselves!? 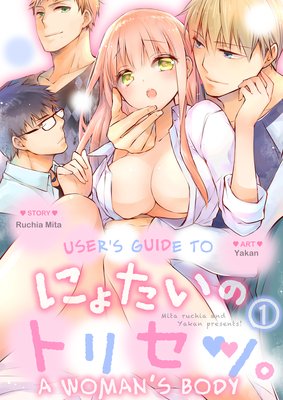 Yui Honjou works in the editorial department of an erotic-manga publisher. She's completely surrounded by smut, but her own love life has been awful... She's so unlucky, but could she have finally found her one true love!? Masaki is the best boyfriend, and she can tell that he loves her more than anything. But... they're both beginners when it comes to fun in the bedroom, which is a bit of a hurdle for them... What's more, he's got three handsome but eccentric, seriously sexy older brothers! First, there's Yuki. He's a manga author, but he's also a sadist and a total tease. Kouki is an actor, and he's pretty cool, but also a perv! Finally, there's the mature one, Daiki, who's an adult film director! This is the story of a girl who just wants the perfect romance with her boyfriend, but she's at odds with three brothers who keep getting in the way; a heartwarming and erotic battle for love!