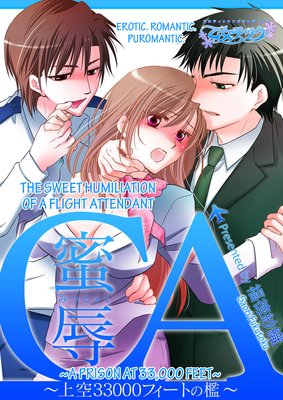 The Sweet Humiliation of a Flight Attendant -A Prison at 33,000 Feet- [ Total vol 5 ] Completed

Fuka's dream has always been to become a flight attendant, so she applies for a job at an airline company that has a lot of hot male pilots. She makes a lot of mistakes during training, though, so eventually she's told that the only way to keep going with this job is to become a "special" flight attendant... one who does sexual work in order to relieve pilots' stress! And so, after getting trained by her instructors, she begins her first flight, where she runs into Sho, a pilot who she was secretly in love with! For some reason, he wants to have her all to himself, and violently penetrates her! And the more sadistic he gets, the more she likes it?! "Oh! Ah! Ooh, I can't take two... at a time... No......!" Shiho is forced to marry two men in a government-sponsored marriage-hunting party, called "The Perfect Marriage", acclaimed for its 100% success rate. Shiho is stuck with her husbands on their honeymoon, and they even share the same bed. The hunks stick with Shiho and always crave her body. Sliding their fingers all over her skin, intruding into her most vulnerable spots, and melting her to submission...... "This isn't possible......!" But Shiho gradually finds herself more and more attracted to the sadistic and aggressive Atsushi, and the gentle and kind Takayuki...... Where will their "perfect marriage" lead!? 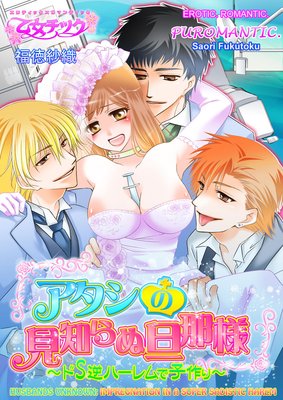 When Minori is asked to return for a follow-up examination after her yearly physical, she receives some startling news: "You're married." And not just to one, but to THREE men ? none of whom she's ever met in her life! The newlyweds are then locked away within the hospital where the three begin to teach Minori about a wife's duties to her family. Minori is shocked at her sudden state of matrimony ("...to three guys, no less!") and tries in vain to resist her husbands' loving caresses until she finds her body crying out for more! What is the shocking truth behind the government's "Polyandry Project" and will it be realized?!?