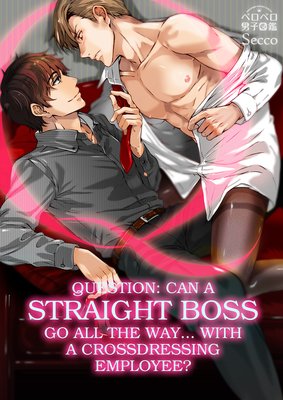 Question: Can a Straight Boss Go All the Way... with a Crossdressing Employee? [Total ch. 4] Completed

Kei Nakazawa, former-delinquent-turned-salesman, has a secret: he crossdresses and uploads the photographs online. However, his super popular boss, Ono, finds out and propositions him! Kei desperately wants to resist, but he can't deny the hardness between his legs. Ono teases him, verbally and physically, ribbing and rubbing, licking and sucking. Kei thinks Ono's just playing with him, but despite being straight, Ono is... hard!? 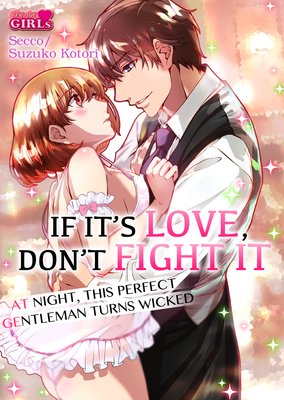 If It's Love, Don't Fight It -At Night, This Perfect Gentleman Turns Wicked- [Total ch. 5] Completed

Mika isn't accustomed to romance, but then she meets the handsome cafe manager, Kyosuke. It's love at first sight, and she's been chasing after him ever since... Every day, he's curt and unrelentingly cold towards her. She likes those cool traits, too, though! Then, one night, after accidentally finding her way inside his house, an intoxicated Kyosuke pins her down! That night, the normally cold, classy gentleman suddenly turns naughty!! When he plays with her there... it feels so good she can barely even think...!