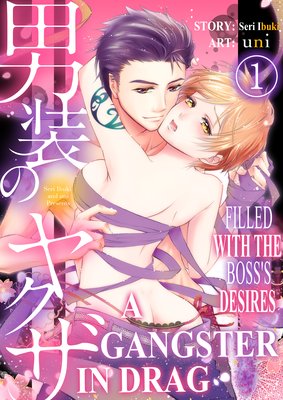 A Gangster in Drag -Filled with the Boss's Desires- [Total ch. 7] Completed

Madoka Takura lost both her parents and was brought up in an orphanage, separated from her twin brother Kaoru, who was raised in another city. By chance, the two are reunited at the same college. Madoka is overjoyed to have her brother back, but then one day, Kaoru leaves a large sum of money in Madoka's care and vanishes. The police won't help Madoka search for Kaoru, so Madoka goes to a private detective, only to find that Kaoru was involved with the mafia. Was he killed for knowing too much? Rumors abound. Frustrated with the inaction of the police and the private detective, Madoka cuts her hair, gets a tattoo, and vows to join the Hafu to search for Kaoru herself. But, when the Hafu mafia boss finds out she's a woman, he offers to keep her secret... as long as she'll be his mistress...!