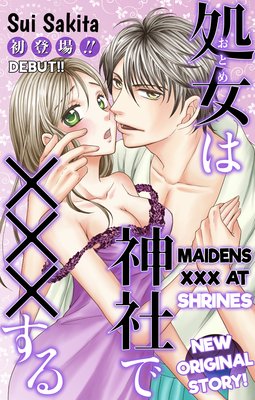 There's a shrine famous for granting wishes for people to fall in love with one another. Also, there's a mysterious legend about how you have to "pray in a special way" there. Instead of giving monetary offerings, if you have sex on the shrine grounds, you'll get a boyfriend!! Mio's a 19-year-old girl who's never had a boyfriend and she's been going to all-girl schools her whole life. During a visit, she gets up the courage and begins masturbating at the shrine. But, Yutaka, one of the priests who works there, catches her, and she is greatly embarrassed. The next day, when she goes to a mixer, she finds Yutaka there!! Mio feels annoyed by Yutaka's mean attitude, but...