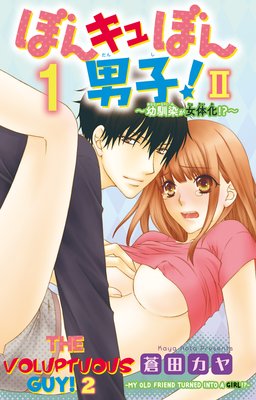 Tomoya's on spring vacation, getting ready to start college, when his old friend Ayumu shows up at his door one morning and tells him he's turned into a girl!? Tomoya couldn't believe it at first, but when he realized just how cute she is now, he got very aroused. When Tomoya touched Ayumu, her voice sounded adorable! How could Tomoya not fall completely for her!?
Despite her transformation, Ayumu doesn't know how attractive she is. She doesn't even notice the hungry looks from all the guys she passes by... Can she survive being a college girl on campus?

This is the second installment of the very popular series, "The Voluptuous Guy!" 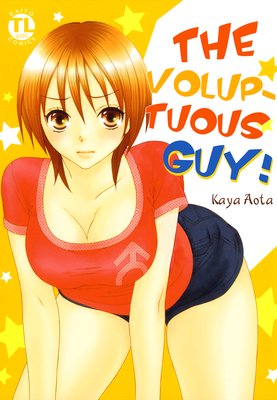 When Masaki Shiina, a student living in the dorms of an all-boys college, wakes up one morning, he discovers that he now has the body of a woman! Since Masaki is surrounded by young guys, if this news gets out, he's in danger of being taken to bed before he can do the deed as a guy...!! Unfortunately, Masaki's roommate, Yuuki Kashii, quickly discovers his secret. In return for his silence, Yuuki demands that they have some fun together. Even though Masaki resists this at first, he starts to get addicted to the bodily pleasures!!