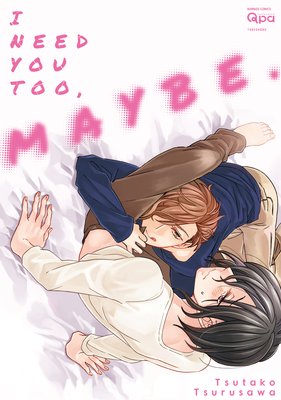 I Need You Too, Maybe. [Plus Digital-Only Bonus]

When Shion transferred schools, he immediately became the new target of bullying. Leo saw how Shion was bullied and stripped naked, and upon seeing Shion's private parts and feeling desire grow inside him, he decided to help the new boy. Ever since then, the two of them have always been together. Naturally they entered the same university and decided to live together. Leo had always been possessive and dominant, and his desire for Shion's soft private parts never lessened. Shion never minded, but upon confronting Leo about their romantic relationship, it comes to light that Leo never thought of it as such...! Is it only Shion's private parts that turns Leo on!? This comic is a world in true Tsutako Tsurusawa style, with a serious arrogant guy together with a shy shut-in, dealing with one naughty fetish. 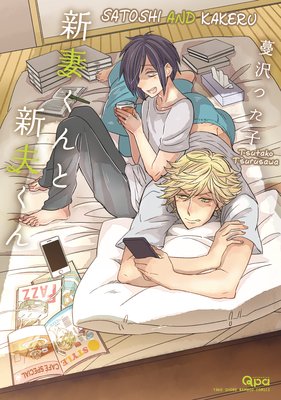 Satoshi and Kakeru [Plus Digital-Only Bonus]

Kakeru Arao is a self-centered host. Satoshi Niizuma is a freaky best-selling author who stalks him. Kakeru got drunk and (accidentally) hit on Satoshi while Satoshi was working as a convenience store clerk, and as a result, Satoshi fell in love at first sight! So begins their stalkerish romance! Every time Satoshi starts to complain, Kakeru screws him until he can't stand up. But, with Satoshi's tendency to attempt suicide and his indifference to his own health, Kakeru finds that he can't leave him alone. Despite their growing bond, Kakeru won't admit that he's falling for Satoshi. Where will their romance take them...!? Behold the dangerous love between a host and a freaky stalker!
Includes four digital-only pages. 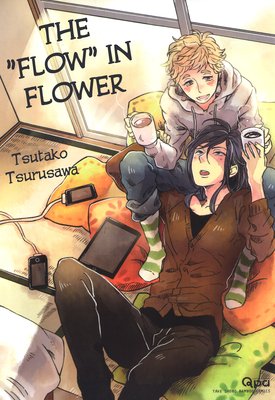 The "Flow" in Flower

"Have you finally decided to live with me?" "How many times do I have to say no until you're satisfied, Taku?" They're neighbors and lovers, but they absolutely can't live together so long as Hiromu's past self threatens to return...... The easy-going hottie, Taku, falls hard for Hiromu, a former gay bar employee full of insecurities. Their peaceful life together is filled to the brim with lovey-dovey moments! This manga includes the story of Taku and Hiromu's first meeting as well as a comic about the disturbed, clumsy, and yet infinitely charming Satoshi and his lover!