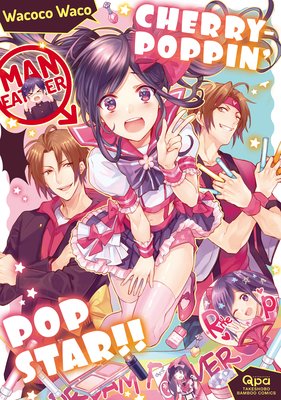 Takumi Suzuki, kind of a loner at school and a hardcore pop star fan (and an amateur singer himself) inadvertently uncovers Misaki Hayakawa's secret. Misaki, being the most popular guy at school (as well as Takumi's crush), has to stop this secret from getting out at all costs. As leverage, he makes Takumi dress up as a girl and takes photos of him like this... It's mortifying, but at the same time, it's incredibly exciting... For some reason, Misaki kisses Takumi, and that's when Takumi loses it. He pounces on Misaki, and has his way with him! Takumi apologizes profusely after the deed is done, but Misaki tells Takumi he'd been saving himself for a pop star... The only way Misaki will ever forgive him is if he makes Misaki's dreams come true by becoming a real pop star!!! A geeky, hardcore pop star fan (who's actually a cross-dressing pop star!!) and the most popular guy at school in a heart-thumping pop star romance.
Includes four digital-only pages. 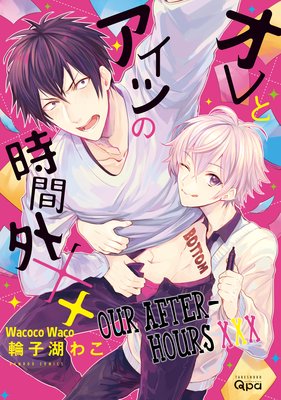 Kaname Kurosaki: 28 years old and in the prime of manhood, working as lead programmer on the development team. Good at his job, not so good with women... and sexually frustrated every day. The one who helps him with that is his co-worker, Yuki, the lead producer of the planning department. Kaname and this sparkly-eyed "prince charming" have a history of jerking each other off in the office late at night. They both like women, but they can't help using each other for some sexual release. Kaname doesn't think much about what they're doing, but Yuki gradually begins to escalate things. One day, Yuki asks if they could try something different, and starts playing with Kaname's ass...! Now the "prince" of the office is opening Kaname's eyes to a whole new world of sex! A princely sex-fiend paired with the office hotshot who has plenty of sexual desire to spare... This is a wild and smutty love story! 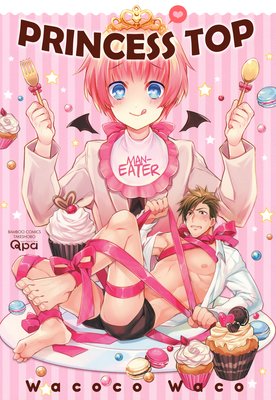 Akira Hayama, age 17. He just wants a cute girlfriend, but he's harassed daily at his all boys' school by guys who are only after his ass! Suddenly, a beautiful girl(?) appears before Akira!! "He looks so cute and acts so adorable. Maybe I'll give him my virginity...... Wait. Uh, what? He's super-experienced... and he's gonna have his way with me!?" This is a sensational romance between a cutie who's soft and fluffy on the outside, but actually a power top, and a handsome older student! This manga contains the following works: "Princess Top", "Always in Heat!!" and "Forever in Heat!!"
Includes bonus pages exclusive to Renta!