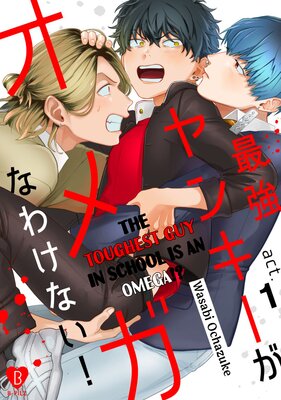 Under the country's law, omegas are obligated to wear a chastity belt. A rumor is going around that there's a key that will unlock the belt, and people are fighting to find this key.
Sashima is the toughest delinquent around.
An elite group of alphas, the Snakes, hear about Sashima and come to fight him.
The leader of the Snakes, Aoda, is expecting a big, towering man, and while the Sashima standing in front of him has glaring, piercing eyes, he's also short... and an omega!
After telling Sashima that he chooses him as his partner, Aoda suddenly grabs Sashima and starts kissing him.
This Aoda is out of control! Sashima's right-hand man, Taketora, has also been pulled into this whole mess. Who's going to be the one to soften the toughest omega? 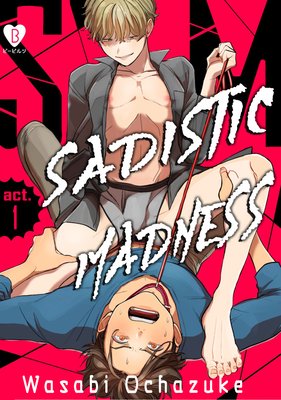 "When I first laid eyes on you, I bet with myself that you were well-endowed."
Strait-laced office worker Ryota, who is serious to a fault, is forced to accompany his coworkers to a very special club.
As he's waiting nervously, the androgynous and alluring receptionist Sho is the one that comes to his room.
Ryota, traumatized by a past incident, is resistant to the idea of submission, but falls prey to Sho's domineering skills in the bedroom...
Is Ryota just one step away from becoming an obedient puppy!?