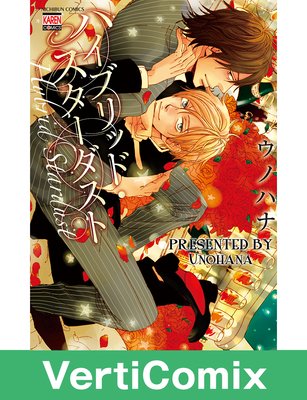 Now in vertical-scrolling,full-color VertiComix format!
"Hey, old man, if you plan to die then at least have sex with me first." Taizo Yakyo is a middle-aged man who's drowning in debt and loathes the world around him. All of a sudden, a handsome young man named Kiyoto appears before him. Kiyoto reaches out and says, "Your body, old man, is too lovely to waste." Taizo accepts the young man's invitation, but... Taizo is then taken to a huge mansion, where he finds out Kiyoto's the heir to a famous and wealthy business conglomerate! Kiyoto then forcibly straddles Taizo, saying, "I'll make all your debts go away so you're gonna fuck me from now on whenever I want, OK?"...!? This is a rags-to-riches-style love story between a middle-aged man who's hit rock bottom and a bossy, spoiled brat! 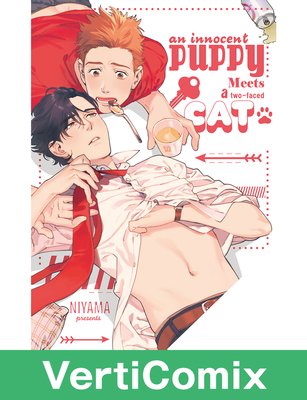 Now in vertical-scrolling,full-color VertiComix format!
A mild-mannered gentleman, good at his job, and reliable; Naohito's been wearing his mask of "perfection" for so long it's become as easy as breathing. That is, until he meets HIM. At the behest of a childhood friend, Naohito grudgingly attends a singles party for twenty- and thirty-somethings. With zero interest in mingling with the crowd, Naohito sits off on his own - and meets a much younger man, Tohru Akasaka, who clings to him like a puppy. Naohito's barely able to cope with Tohru's youthful energy, and they go their separate ways... but in a twist of fate, end up meeting again. Naohito's life is flipped upside down by his companion. Will he give into this young man and let his mask drop!? Find out in this heart-pounding tale of two lovers as they struggle to overcome their age gap and the trials of living under the same roof.