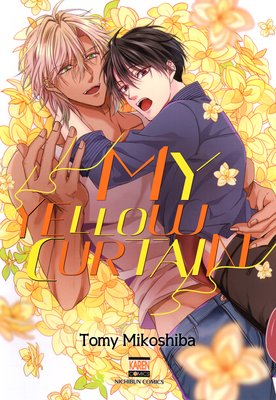 My Yellow Curtain [Plus Bonus Page]

Professor Ethan Shoyo Smith is a renowned botanical researcher. When his assistant goes on leave, his mentor introduces him to Takumi, a handsome research student. Despite Ethan's exotic looks and flashy reputation, he leads a less than glamorous life. He begins to worry that although Takumi works every day without complaint, he's somehow disappointed to be working with him.
One day, Hanako, a plant that Ethan is researching, attacks Takumi, causing him to inhale her nectar and be overcome with lecherous desire. Ethan tries to help calm him down, but is brushed off when Takumi says he'll take matters into his own hands. Before Ethan knows it, the tables have been turned...! The up-and-down love story of a clueless scientist and his cute assistant!! 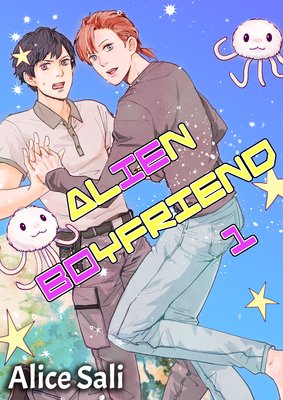 "It was love at first sight." Taiga Hoshino is a regular guy who works at a delivery company, but when he gets kidnapped by aliens his life turns around completely! A fluffy, floating alien claims to have fallen in love with him. To make Taiga fall for him as well, he transforms into the form of Taiga's best friend and lover. Not having gotten over the loss of said friend, Taiga gets furious. However, as the alien knows his weaknesses, he manages to seduce him. This is a cosmic love story about a serious guy and a sneaky alien! 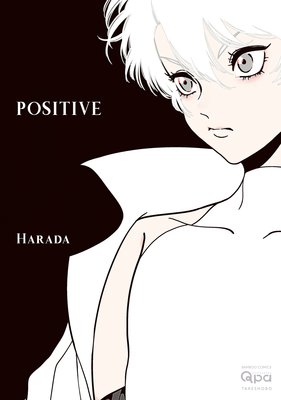 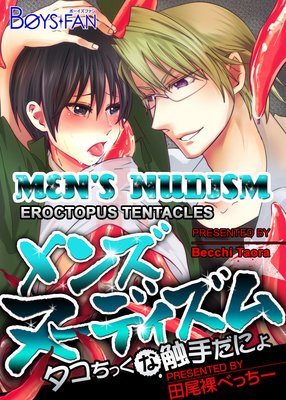 A university research room. Hashiba, who works as an assistant for a professor known for being a little off, secretly has feelings for his boss.
Then one day, suddenly he and his privates are embraced by the professor.

In the blink of an eye his milk lands right on an octopus being experimented on...... .
......Then, the octopus starts acting weird!

What is the professor's objective as he observes hashiba's ecstasy!? Super thick tentacle.

Iwasaki has a bit of a crush on Professor Hoshino, a good-looking, respected young good-looking professor from abroad. Today he goes as usual to the laboratory, but what he sees there is the Professor and his best friend in a very indecent situation...!? With countless slimy, elongated things, the puppet-like Professor is... collecting semen...!? Wanting to do something for the Professor, Iwasaki offers up his own body, and soon finds himself being mercilessly assailed by countless tentacles... "That's so big... No way... Ah...!" "I've never seen anything like this!" Jyupu! Zupupupu...! Three tentacles come crawling in...!? 200% extreme! This super erotic tentacle BL story is a must-read!