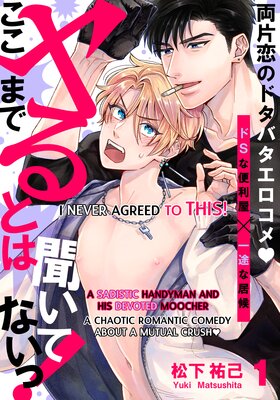 Handyman Maki has taken in a guy called Naru who helps with work in return for a roof over his head. The pair are roommates, work partners, and friends with benefits! Naru may complain a lot, but he'll do whatever Maki says because he's deeply in love with him. He can't seem to accept that they only have a physical relationship, and finds his heart racing whenever Maki touches him. One day, Naru meets a client who happens to be someone from Maki's past... Can these two really stay purely physical considering how they feel about each other? This is a chaotic comedy involving work and romance between a stoic, fearless dom and his devoted but volatile pet!! 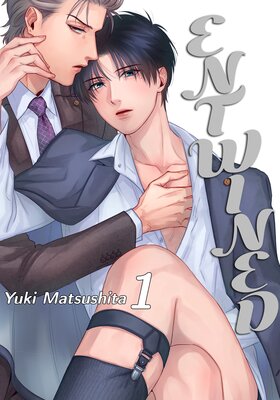 Self-made lawyer Yukitoshi Nakaso is reunited with Tomoe Gojou, his former college classmate, in court. After being headhunted by the law firm's director, Tomoe begins working at the same firm as Yukitoshi. However, after drinking too much at the welcoming party, they return to their office together, where Tomoe passionately gazes at Yukitoshi and makes advances on him. Unable to control himself, Yukitoshi bends Tomoe over and things escalate from there.
Can love save the man chained down by his past? This is an office love story between a self-made man and a beautiful son from a rich family who is afraid to love! 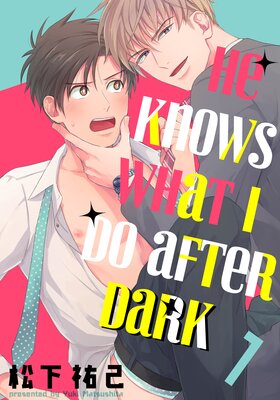 He Knows What I Do After Dark [Total ch. 6] Completed

Mizuto Kusaka is a serious and diligent office worker... by day. At night, however, he works as a rent-boy! One day, he heads to the club after work as usual, but the client who's waiting for him is, unbelievably, his obnoxious, accomplished coworker Shinichi Takasugi! Shinichi gently caresses Mizuto, who can't help finding it... irresistible... An arrogant hotshot and a goody-goody with a wild side get down 'n' dirty in this steamy office romance!