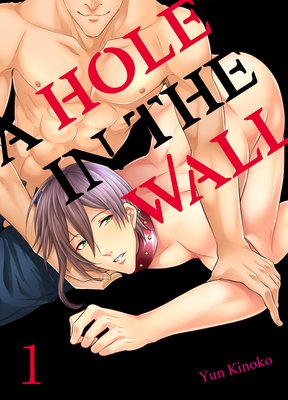 Due to something that happened when he was younger, Yuji Kuga is anthrophobic and has no experience with women. The only person who can touch him is Leo, the childhood friend who has always looked out for him. Deciding that he can't trouble Leo any more than he already has, Yuji tries to get over his trauma at college, to no avail. In fact, even his twin brother, Reiji, tells him enough is enough. Then, one night, Yuji is surrounded by gay men and dragged to a literal "hole in the wall" bar; an establishment where the male staff service customers by offering their lower body through a hole in a wall. It turns out that Yuji was mistaken for Reiji, who works there part-time. He's required to pleasure customers without any explanation, but for some reason, rather than hating it, he revels in the satisfaction the unknown man on the other side of the wall brings him again and again. For the first time, Yuji experiences the delights of someone else's fingers and tongue. He starts thinking that doing this might just help him overcome his phobia... And he can't forget the ecstasy he felt while he was being thrust into. So, the next day, he heads to the bar once more... 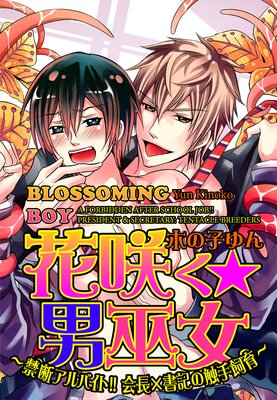 "What's their deal!? They're spitting the booze out at me!" "I see. So they absorb the alcohol and then expel it......" "Hey! Forget about that and help me!" Nishimura, the student council president, discovers Minoru is breaking school rules by working a part-time job. He agrees to keep Minoru's secret if he helps him with his research. There's just one catch... The subjects of Nishimura's experiments are a bunch of rather strange plants. Unfortunately for Minoru, it's not long before the plants take him for their plaything...... "Stop it! Don't go poking around down there!" The plants just can't seem to get enough of Minoru's body...... To make matters worse, another one of Minoru's admirers, the student council vice president, discovers his secret as well and tries to blackmail him! Things have gotten pretty complicated for Minoru...... What does destiny have in store for these three men and their plants!?

Yukari Nagatsuki, known for her cover illustrations for yaoi novels, makes her first foray into the world of manga!! Don't miss this highly anticipated manga debut!! An unprofitable old massage chair company becomes an overnight success when Soichi Takada inherits the company and begins manufacturing and selling certain products. The products in question are adult toys that utilize massage chair technology to deliver mind-blowing pleasure! These products turn the industry on its head, and rival companies, desperate to learn Mr. Takada's secrets, send spies to infiltrate his company. Rei Hasegawa is one such industrial spy. However, when Rei's cover is blown, he ends up making a deal with Mr. Takada. He agrees to let Rei in on his secret to success if Rei is able to withstand a test of the company's new, still-in-development vibrator made especially for men!